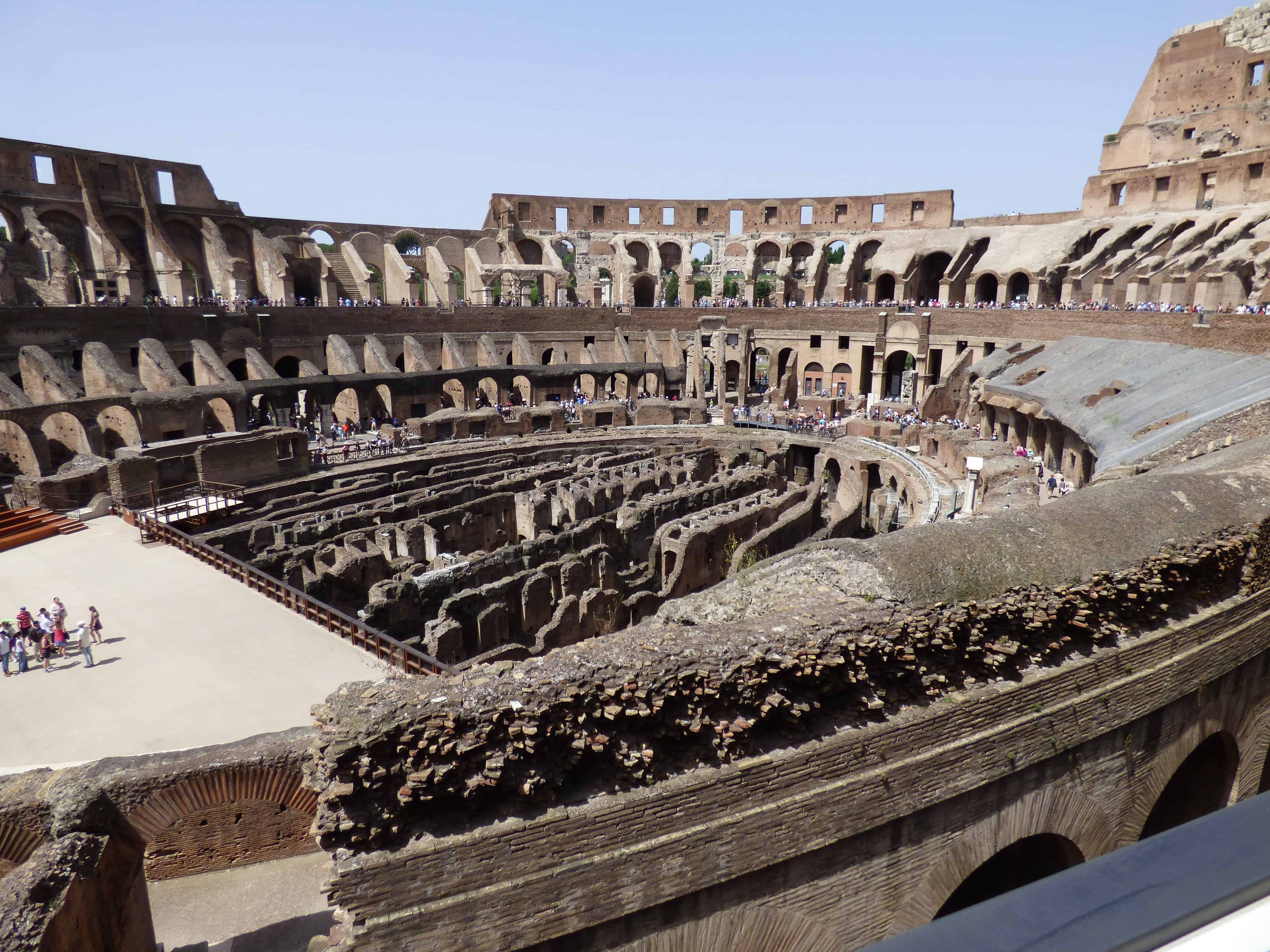 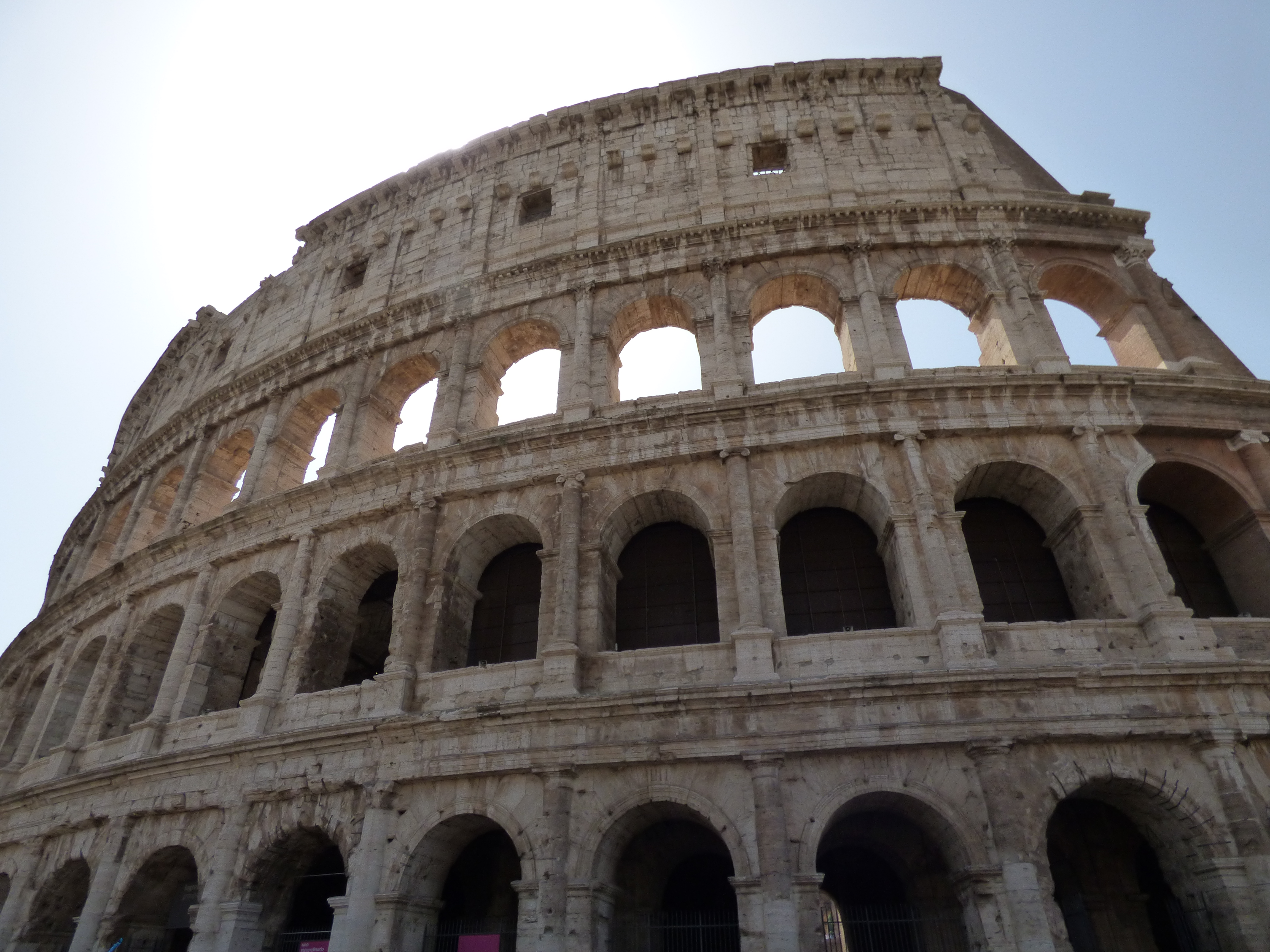 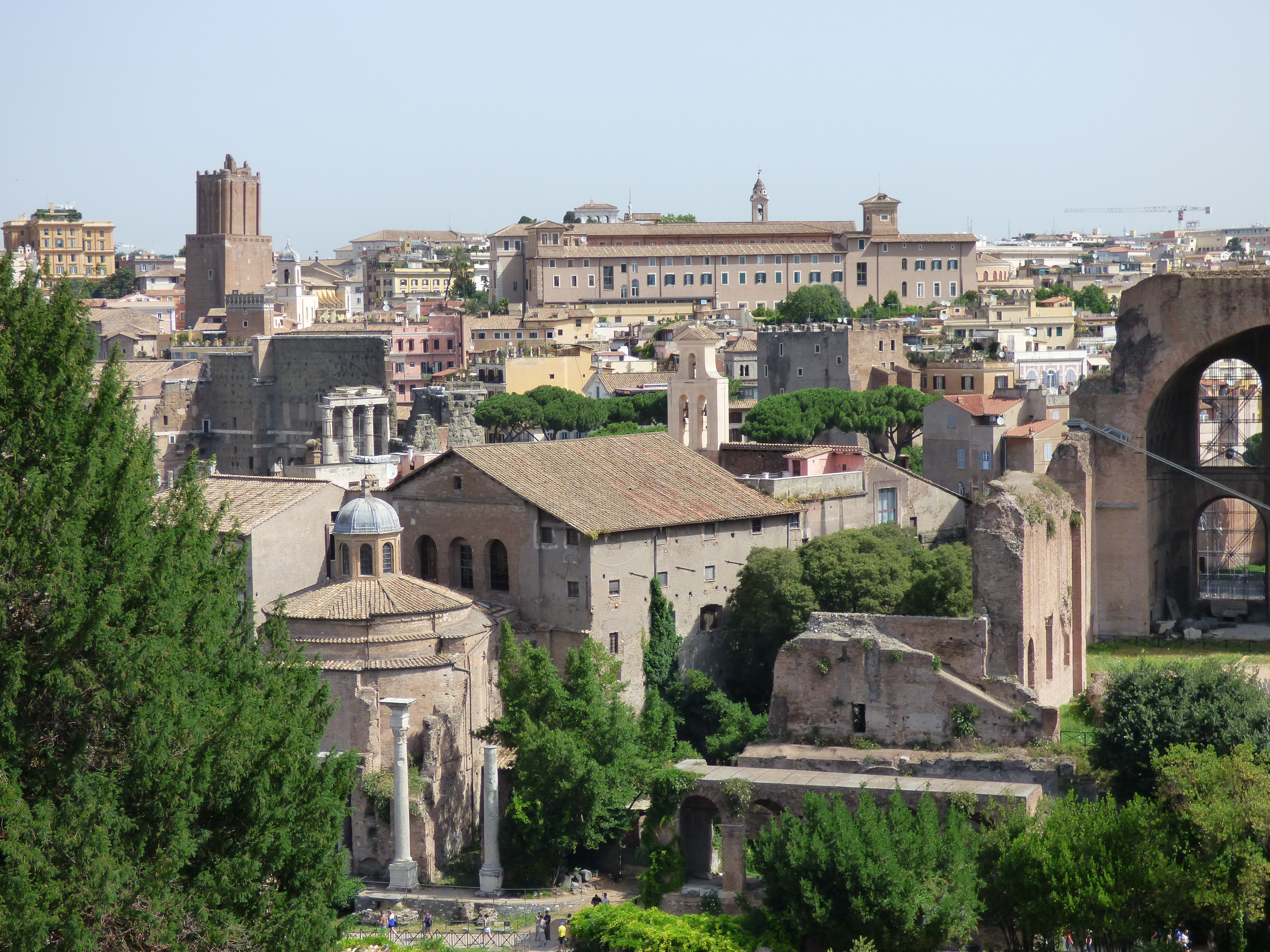 “Wow!”–that’s how I’d sum up today in one word. Fortunately for you, my blog post will be a bit more extensive than a one-word description!

Today began (for most of us, at least) with a 6:30AM wake-up call. If we had not attempted to bathe in the “Sh-bath” (a term that Hilary introduced me to, describing our current bathing situation: a shower, senza full shower curtain/glass which often leads to a flooded bathroom floor), we tried our luck. Also, we may or may not have washed our feet in the lovely little foot washing sink, which I’ve told is called a “bidet”. My toenails have never been cleaner! 😉

We ventured down to our hotel’s breakfast room, which offered a wide variety of foods: eggs, bread, sausage, bread, bacon, bread, cereal, bread, fruit, and just a little bit more bread. There were also many options for drinks, including all sorts of coffee-type beverages, milk, and fruit juices. All in all, it was a pretty good spread, and all of us were able to find something to suit our appetites. We then boarded the bus, where we discovered that there was a whole room-full of girls who had somehow managed to sleep through alarms and a wake up call (their room phone was somehow disconnected). Fortunately, they were able to quickly get dressed–and were able to bring along some breakfast, thanks to some fast-acting chaperones–and we managed to leave in time to meet our tour guides in Ancient Rome.

As we got off the bus, we were greeted with the amazing sight of the Colosseum. It’s one thing to see it in pictures and in history books, but it’s an entirely different thing to see it looming enormously in front of you! I’m not sure what I expected, but I do know that even from the OUTSIDE, it exceeded my expectations. We met our local guides and split up into three groups to tour one of Rome’s famous Seven Hills, taking in the sights of ancient ruins and learning more about the historical importance of what we were seeing. It was incredible to see all that remained of stadiums used for private games of the Emperors, temples, and residences. Everywhere you looked was another incredible bit of history, just lying there in ruins. At the top of the hill, we were afforded some breathtaking views of the city. Viewing some of the triumphal arches, it was interesting to note the different styles of art used–which we learned was due to the Romans reusing and repurposing bits and pieces of their old buildings. In one of the arches, we even saw a bit that was taken from Jerusalem and brought back in 70A.D. Yesterday, we learned that all of the obelisks around Rome were brought here from Egypt, so I guess it shouldn’t surprise me that they would have brought some things back from Jerusalem–but it is still pretty crazy to think about.

After stopping to refill our water bottles from one of the many water fountains that is supplied via the aqueducts (they are all over the place here–amazing!) and then carefully making our way back down the hill, we finally reached our final destination of the tour: the Colosseum! We waited in line and then went through the metal detectors and x-ray machines (it was like being at the airport, but we could keep our shoes on!), only to wade through more immense crowds. The Colosseum is very, very crowded, but well worth the trouble. We climbed to the upper level and learned about what the Colosseum would have been like if we had been around in ancient Rome, imagining the people and animals being transported under the stage through the substructure, being blown away by the fact that they had engineered a canvas roof to protect the spectators from the sun (we could have used it today!), and hearing the roar of the 70-80 THOUSAND people that it would have held in its heyday. It was truly incredible to see, and many panoramic pictures and selfies were taken. We then headed down to ground level to get a better view of the substructure corridors before finally heading out the door and on our way to lunch at Pizza Forum. Well, everyone except me–I had to run an errand to buy a new belt because of a mishap at the airport. Long story…

After lunch, we boarded our bus and headed off to our first festival rehearsal at a fairly swanky hotel–they were a bit cruel and walked us past a luxurious swimming pool that looked oh so inviting on our way to the conference room. We were led (and often entertained) by our festival choir director, Dr. Rollo Dilworth, running through our music for the first time together as a group. By the end of the rehearsal, those of us who were still awake were pleased with the progress we had made, and very excited about our future performances in the coming days. I’m also super excited about the possibility of playing the organ at St. Peter’s in the Vatican–I don’t play the organ, but I will jump at the chance if they allow us to. Talk about something to put on my resume!

We all headed out to dinner at a lovely restaurant where we were treated to bread, pasta, chicken, sausage, and ice cream. The adults (and there are lots of adults–this festival choir is inter-generational!) also had some lovely wines, of which I partook. When I noticed the bottle was nearly empty, I also noticed that no one else at my table had been drinking any. This led to more typos while writing this than ended up in the final version…

Each choir took a turn singing a piece for the rest of the group, which was really great to hear. Dr. Dilworth requested that each group present something that gave the rest of the festival an idea of what we were all about, and when it was our turn the girls sang a lovely a cappella version of “The Lord Bless You and Keep You”–beautiful! It was a great time all together, and our girls have already found new friends in fellow choirs in the festival.

So that’s all for today! Tomorrow brings our first concert, so we’re all excited! Until then, ciao!

(Note: the wi-fi here is making it difficult for me to upload photos. I’ll try to put some up in the morning, hopefully before traffic is slowing things down!)