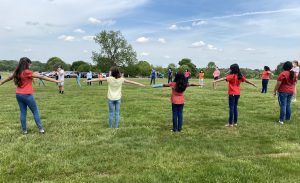 A Musical Mosaic:  Separation will premiere on Saturday, June 12 at and will be streamed on Westrick Music Academy’s YouTube channel.

In lieu of tickets, there is a suggested donation of $10, but any amount is greatly appreciated.

This year A Musical Mosaic will be presented as a virtual series over several dates. The series will feature all seven choirs performing a variety of choral traditions, ranging from two newly composed works by Tom Shelton to the sounds of Indian classical percussion in Reena Esmail’s TaReKiTa to Gwyneth Walker’s arrangement of American hymn, How Can I Keep from Singing, all creating a vibrant mosaic of music. A Musical Mosaic will be led by Westrick Music Academy Artistic Director Dr. Lynnel Joy Jenkins.