It’s been a really full couple of days, and this is the first chance I’ve had to write, so please forgive today’s double post!

This morning opened with our favorite meal of the day – breakfast – and our final rehearsal with Dr. Dilworth before this evening’s gala concert. The boys were sounding great (and a little tired), so we ended rehearsal a bit early, giving us a bit of extra free time. Since we had already spent a fair amount of time in old town, we decided to go up the hill to Petrin Tower (Prague’s version of the Eiffel Tower). At first, we thought we’d take the funicular up, but then Stefano (the world’s greatest tour manager) found a mini-bus that could drive us up without having to walk across the bridge – that was a first! 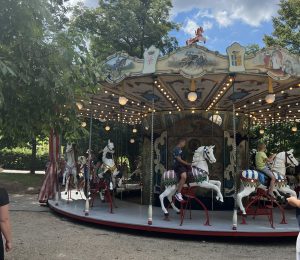 So we spent our per diem on a picnic lunch and ate together on the steps of the Rudolfinum. The small bus was allowed to drive in old town (so we didn’t have to walk), but of course it couldn’t fit everyone at once, so we ended up taking 3 trips. I was in the last group, but we had a nice time sitting on the grass in the shade and chatting. When we finally got up to the Petrin tower, it was totally worth it! The gardens were lovely, up on the hill there was a wonderful breeze, and they had great fresh flavored lemonades. We even accidentally ran into the Elliott family who were there enjoying the afternoon. Several of the boys (and Mr. Meads) decided to climb the 300 steps to the top of the tower, and from what I understand the view was amazing. Instead, I decided to ride the 200-year-old carousel – one of the oldest in Europe. Finally, it was time to head back to the hotel, and since we took the bus up the hill we decided to take the funicular down. The boys each validated their own ticket (or at least the boys 15 and up – under 15 is free). Then, surprise, had to find their ticket again to show on the way out. Luckily no one had lost it along the way. 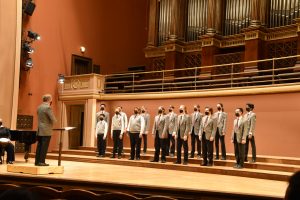 Finally, it was time for the big Gala Concert at Dvorak Hall. We got ready at the hotel, and looking our spiffiest headed back into old town for a final rehearsal and the performance. 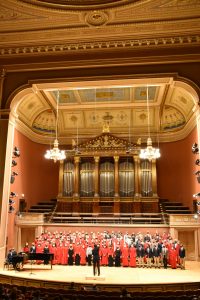 The boys and all their friends in our collaborating choirs sounded great, and it was a wonderful audience. All the hard work definitely paid off! After the concert, our enthusiastic groupies (aka families) were quite excited and insistent that we take a LOT of photos. The boys were troupers about it for a long time, but when they finally began to revolt, we headed back to the bus to return to our hotel for a well-deserved rest. Our tour families can keep an eye out on SmugMug for the photos soon (once I have a chance to upload them). 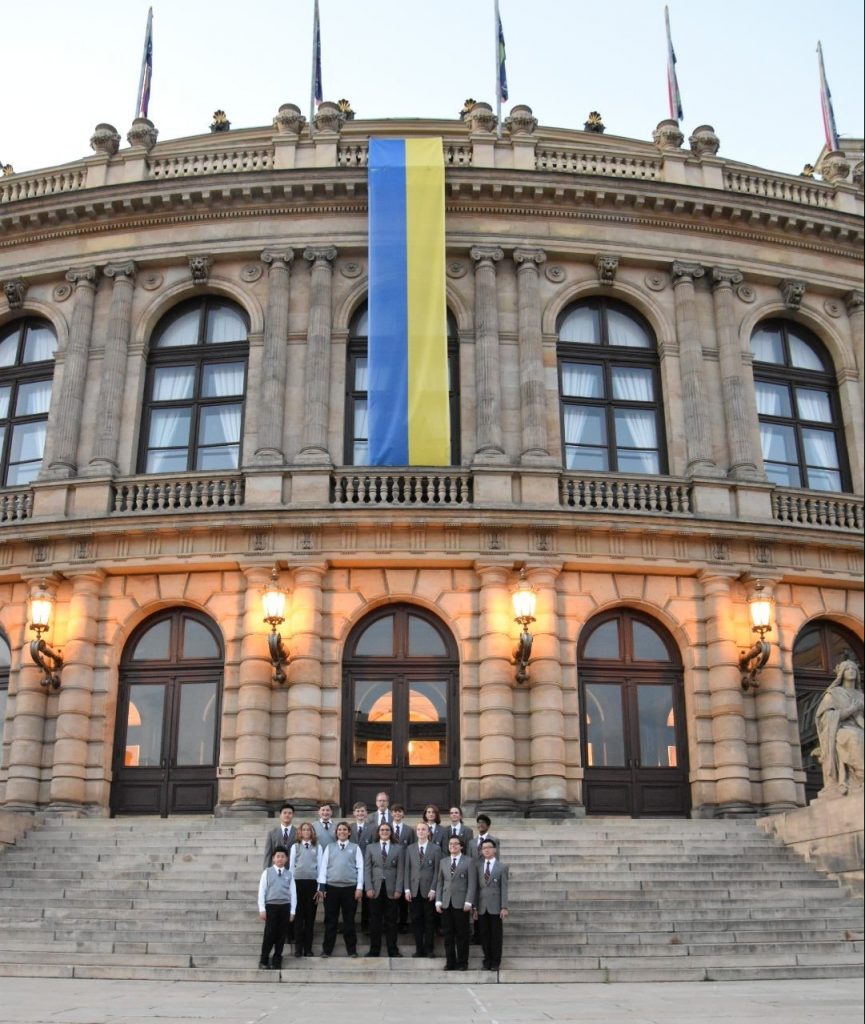