Good morning! I’m sorry I didn’t post last night–I fell asleep pretty much right after last night’s England vs. Columbia match. What I’ve been able to see of this year’s World Cup has been pretty exciting!

Yesterday began with another great hotel breakfast, followed by a rough ride into the city for a rehearsal. We experienced the full extent of Roman traffic on our way in, and from my vantage point at the front of the bus I was able to learn about how traffic flows in Italy. To say there is any true organization to how traffic flows in Italy would be a lie. I observed that the lanes marked on the actual streets were merely suggestions that no one really followed. Three marked lanes become two lanes of cars straddling the dividers; red lights and green lights are basically meaningless; you are always at risk of being hit by traffic coming in the opposite direction; and most importantly, one should invest in a Vespa or moped if you actually want to make progress in moving forward. We were ultimately about a half our late to our 9AM rehearsal with the festival choir.

Despite being late, we still managed to get everything done in rehearsal that had been planned. We worked on fine-tuning our pieces for TODAY’s performance at the Vatican (in which I’ll be making an appearance as a SINGER, holding down the bass line in our SATB repertoire! Still no word on the organ…), and then rehearsed our festival concert music some more. We also learned a piece written by the conductor of the gospel choir that is singing with us (incidentally, they’re from Philly, and one of the members is actually a former neighbor of Dr. Jenkins! Small world!), learning it in the true gospel style: without music, by ear! We were quick studies, and in less than 15 minutes we were rocking! We may even put it on the program on Thursday!

After rehearsal, we went back into center city and had free time for lunch. We were dropped off at the Piazza Navona again, and split up into various groups. I took the opportunity to visit the Pantheon since we had missed out on that the other day due to dress code violations, and then had my first Italian pizza–it reminded me of Nomad’s. Now I know where to get authentic (Roman) Italian pizza. I’ll keep you posted on what it’s like in Milan…

We then met up for a brief dress rehearsal at our concert venue for the day: Sant’Agnese in Agone. The girls’ jaws hit the floor when they walked in and saw the beautiful frescoes on the walls and in the dome–it was like something straight out of an art and architecture book (literally). We got used to the acoustics, sweated a whole lot (there is a rumor I heard that it was air conditioned in there, but I’m not so sure I about that), and then changed into our concert attire. Even for our rehearsal, we had an appreciative audience that apparently drew a line all the way outside of the church. The concert itself was packed–standing room only included! It was such an appreciative audience, and the girls sang beautifully! The applause continued even after we had all exited and made our way back to our dressing room. The girls certainly earned that applause–that had to be one of the finest first performances I’ve been a part of on a tour EVER.

Once we were changed out of our concert attire, we headed over to the Pantheon for some free time. The girls who hadn’t been in the Pantheon on Monday were admitted this time because they were all dressed appropriately (our casual outfit yesterday had to fulfill similar standards to even rehearse in our concert venue), and we also enjoyed some crazy acrobatics by a few Brazilian street performers. We made our way to our dinner restaurant, which was a lovely cafe with outdoor seating that was in a magical piazza in some side streets in Rome. Beautiful. When we arrived back at the hotel, we packed up all of our concert dresses and music for today’s performance and stowed them in a few large suitcases (our dresses are meeting us at a hotel today so we don’t have to lug them around the Vatican while we tour). I brilliantly packed my deodorant in my concert bag, which was a great idea for this afternoon’s concert–but not so much for this morning. Fortunately, Hilary bailed me out and offered me access to my bag which had not yet been packed away and moved to the new locale.

So that’s all for yesterday. On to the Vatican! 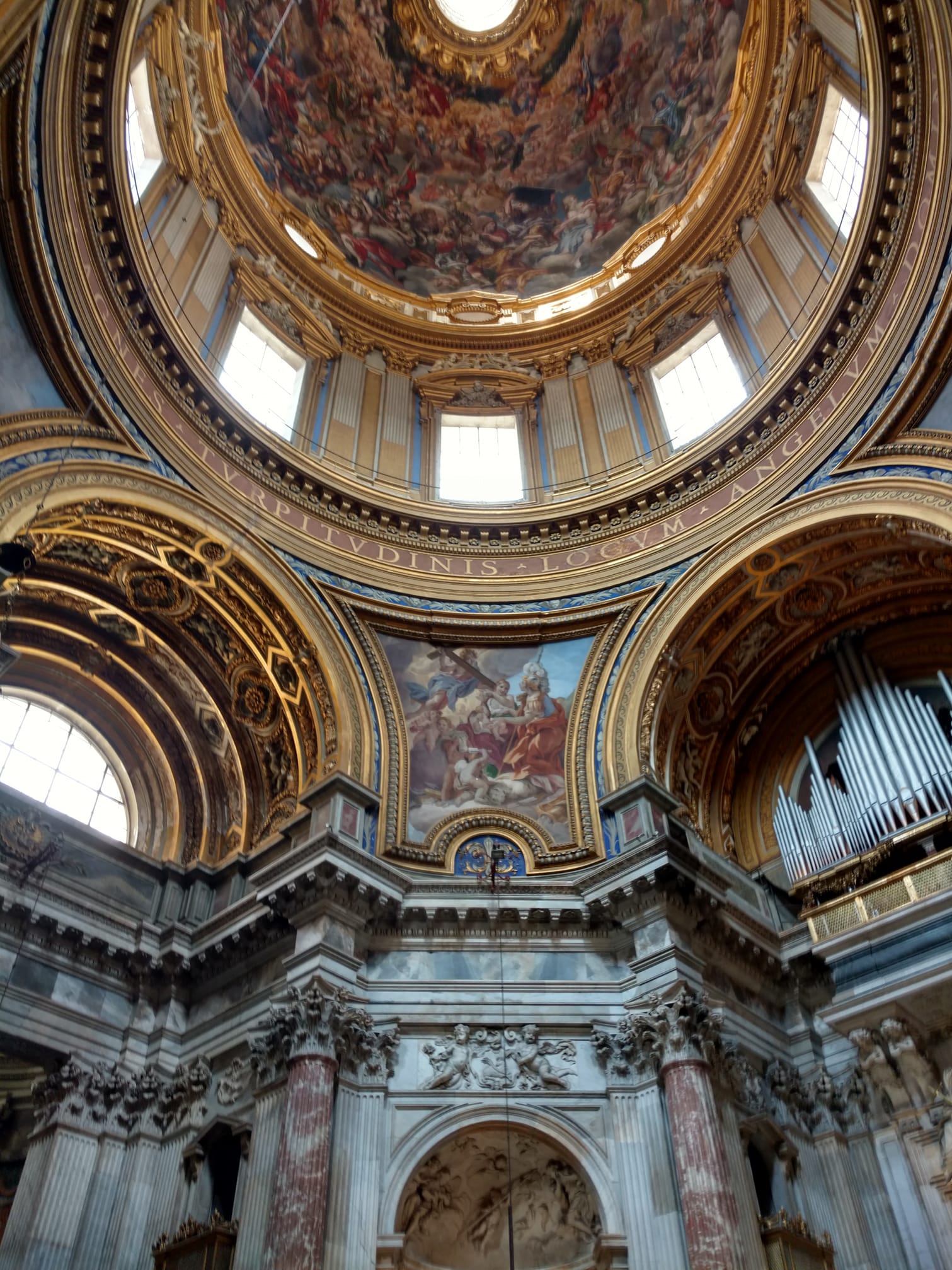 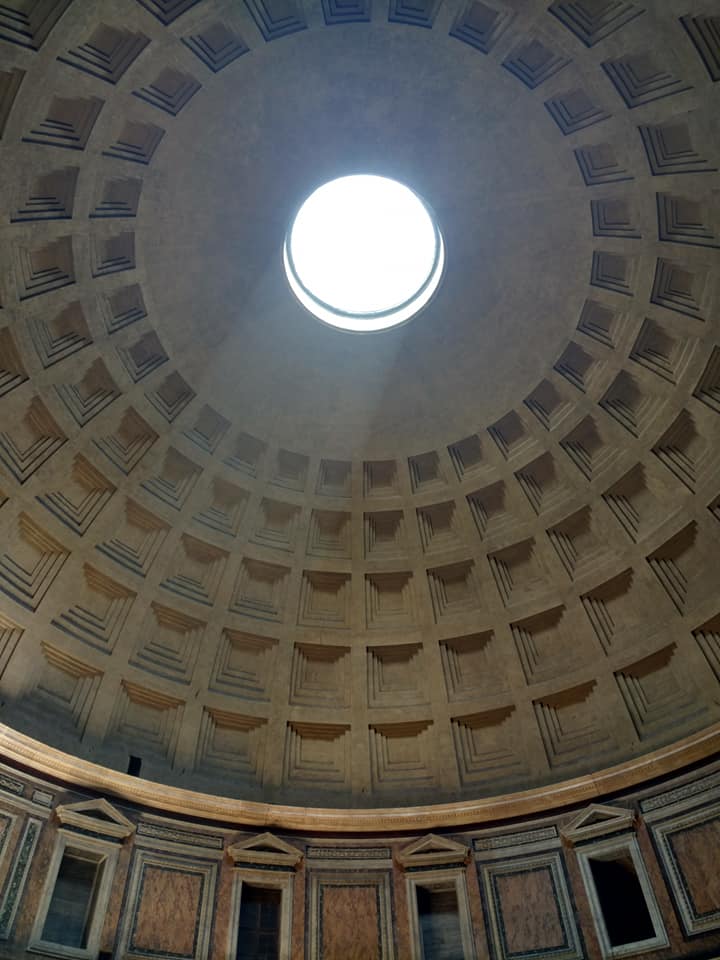 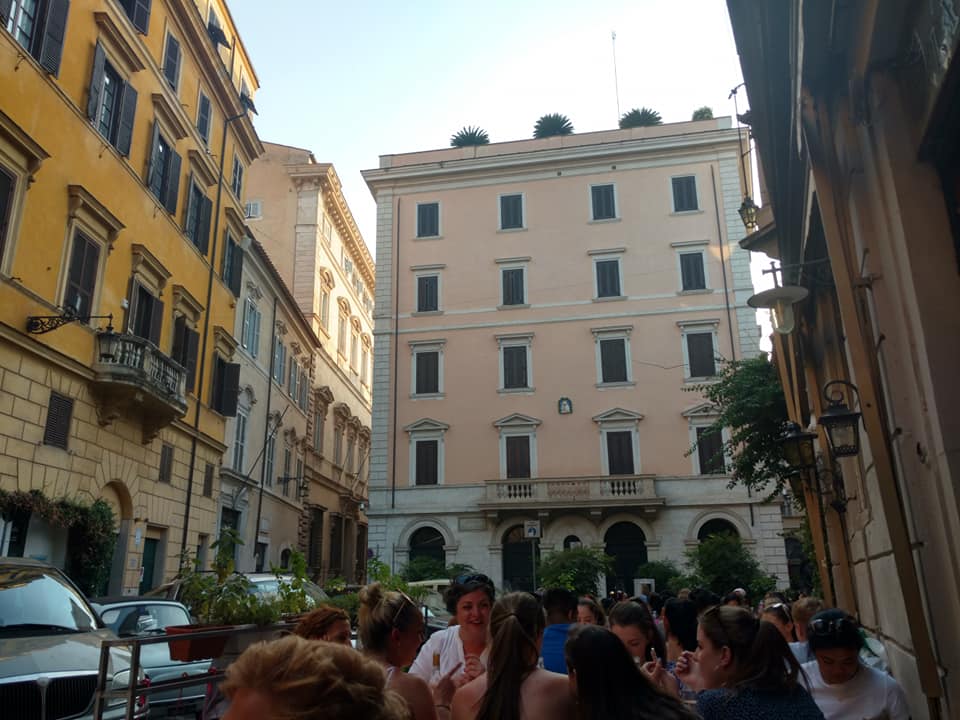