Good morning from Rome! I’m sorry that I didn’t post this last night, but we were all so exhausted that as soon as I sat down on my hotel bed I fell asleep. I’m pretty sure that I am not the only one…

I’ll spare you the details about all of our airport/plane experience, because there is nothing really interesting to note aside from how smoothly everything went, save from some pretty intense turbulence. We all tried our best to get some sleep on the flight (with varying degrees of success), and landed in Rome at around 7:30AM local time. From there, we made it through customs and met up with our tour guides for the week, boarded our buses, and headed into the city.

We were running a little bit ahead of schedule, so we made an unexpected stop and got to see the beautiful Castel Sant’Angelo, crossing the Tiber on a bridge that featured many statues of angels–sort of a Roman version of Prague’s Charles Bridge. The castle was surrounded by vendors and art booths which the girls took advantage of, buying their first souvenirs of the trip. From the castle, we could peer down the avenue and spy the Vatican, which was a pretty amazing sight to see. After spending some time at the castle, we made the ten minute walk over to the Piazza Navona for a few free hours to explore the sights and get some lunch. The Piazza featured three amazing fountains, as well as a palace and many restaurants to choose from.

After some time, we gathered to take a 3-hour walking tour (which was informative but exhausting–between the lack of sleep and the heat, we had a lot of tired girls) of the center of Rome. We learned more about the Piazza where we had been exploring, including the fact that it was originally a huge stadium that could be filled with water to stage naval battles! We walked over to the Pantheon, where some groups got to go in, and some groups didn’t–there was a very strict dress code and some of our girls’ shorts were a bit too short for their modest policies. We checked out the Piazza Campo de’ Fiori, got water from the fountain in front of the Spanish Steps (and also had a celebrity sighting–the actor Josh Gad is here with his family), some of us chose to CLIMB the Spanish Steps (I didn’t), took a brief nap at the Spanish Steps, and then continued on to the final stop of our tour: the Trevi Fountain. Everything was amazingly beautiful to see, with every corner we turned revealing something else amazing and wonderful.

My group ended up in a local park to relax for a few minutes, but mostly got eaten alive by mosquitoes (they have those here, too). We met up near by the Italian President’s house and saw Mr. Bezick sprint like Usain Bolt to capture the changing of the guard on camera (a pretty amazing sight, seeing as we were all so exhausted at that point). We then headed over to our restaurant for dinner, trying not to fall asleep in our plates of pasta, salad with chicken, and ice cream (with varying degrees of success). On our ride to the hotel, we were treated to a teaser for today’s agenda: the Roman ruins and the Colosseum. Let me tell you–I’m excited for what today holds!

So that’s our first day. If you have heard from your girls, you probably heard a lot of “It’s hot and we’re tired!” All very true, but we’ve also seen a lot of amazing stuff already! When I have more time (probably tonight), I’ll figure out how to post some photos on here! 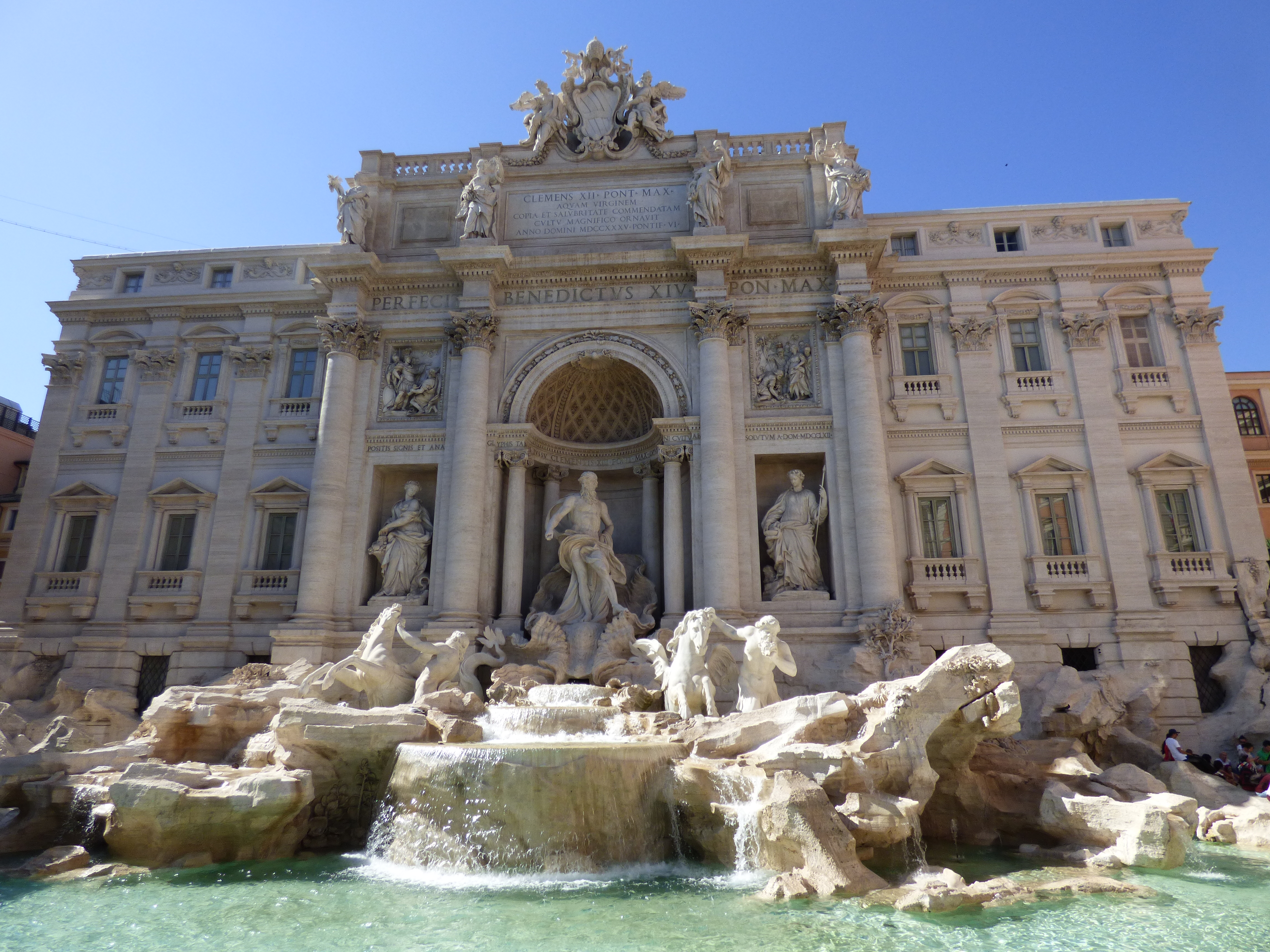 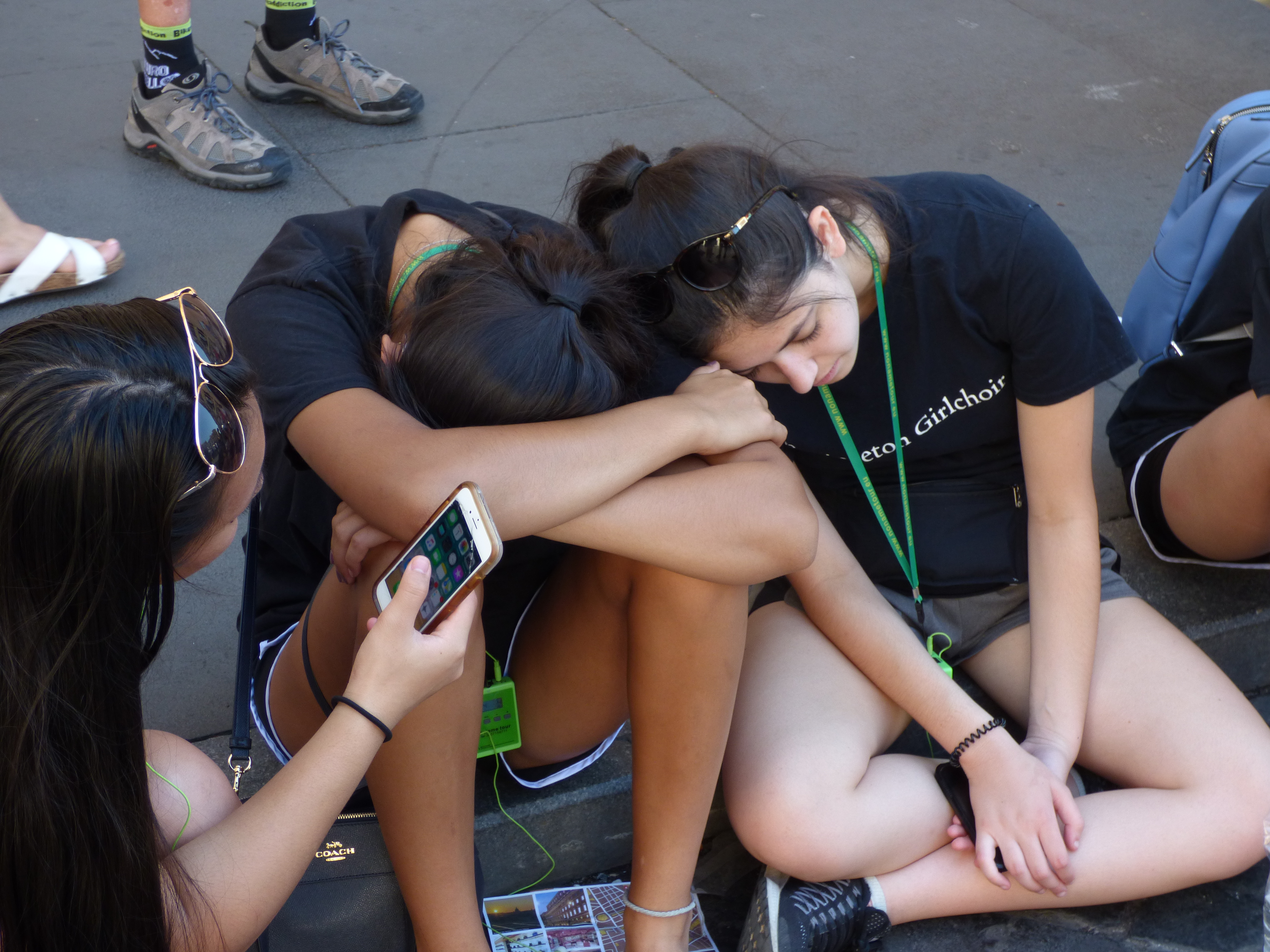 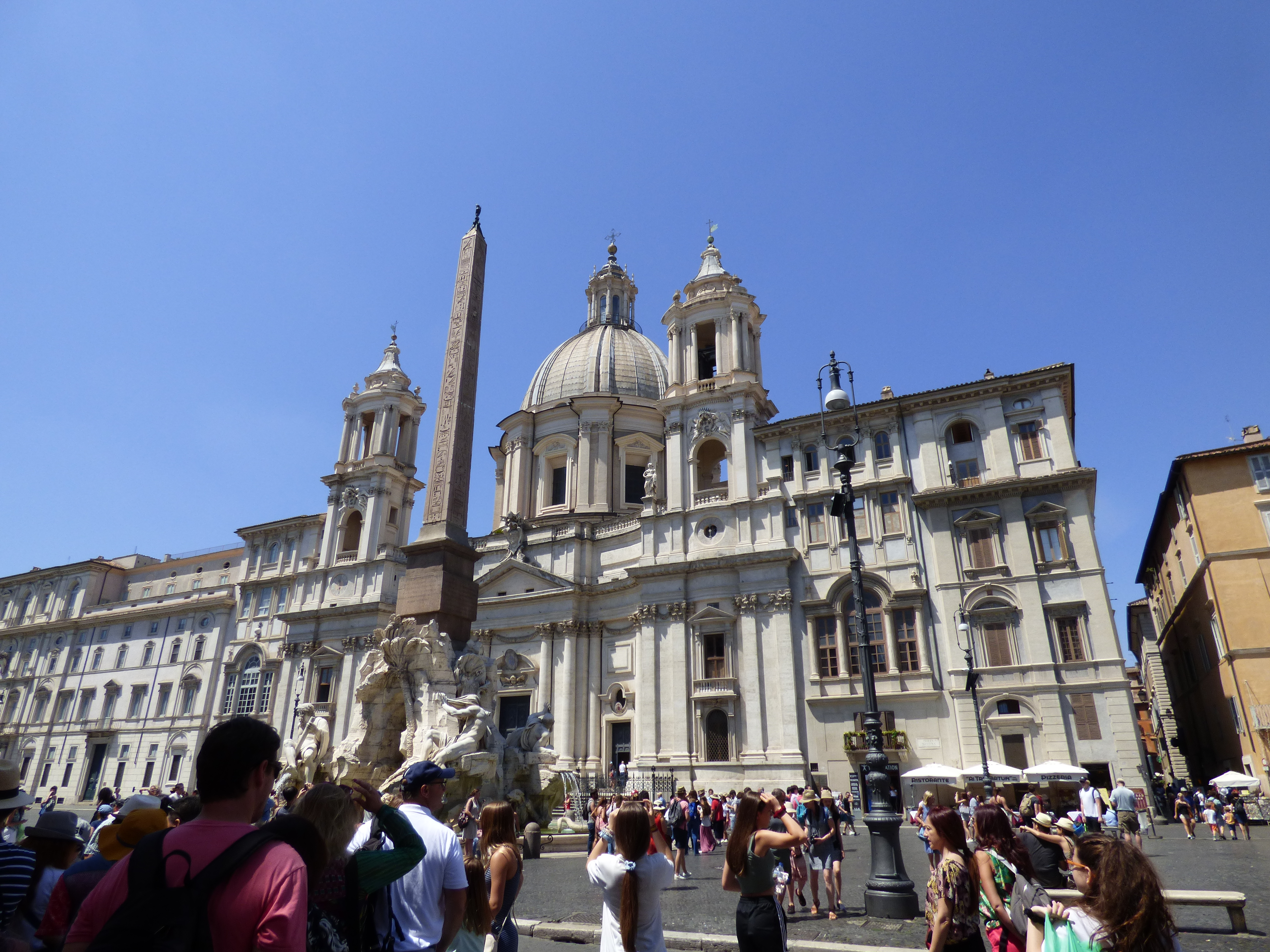 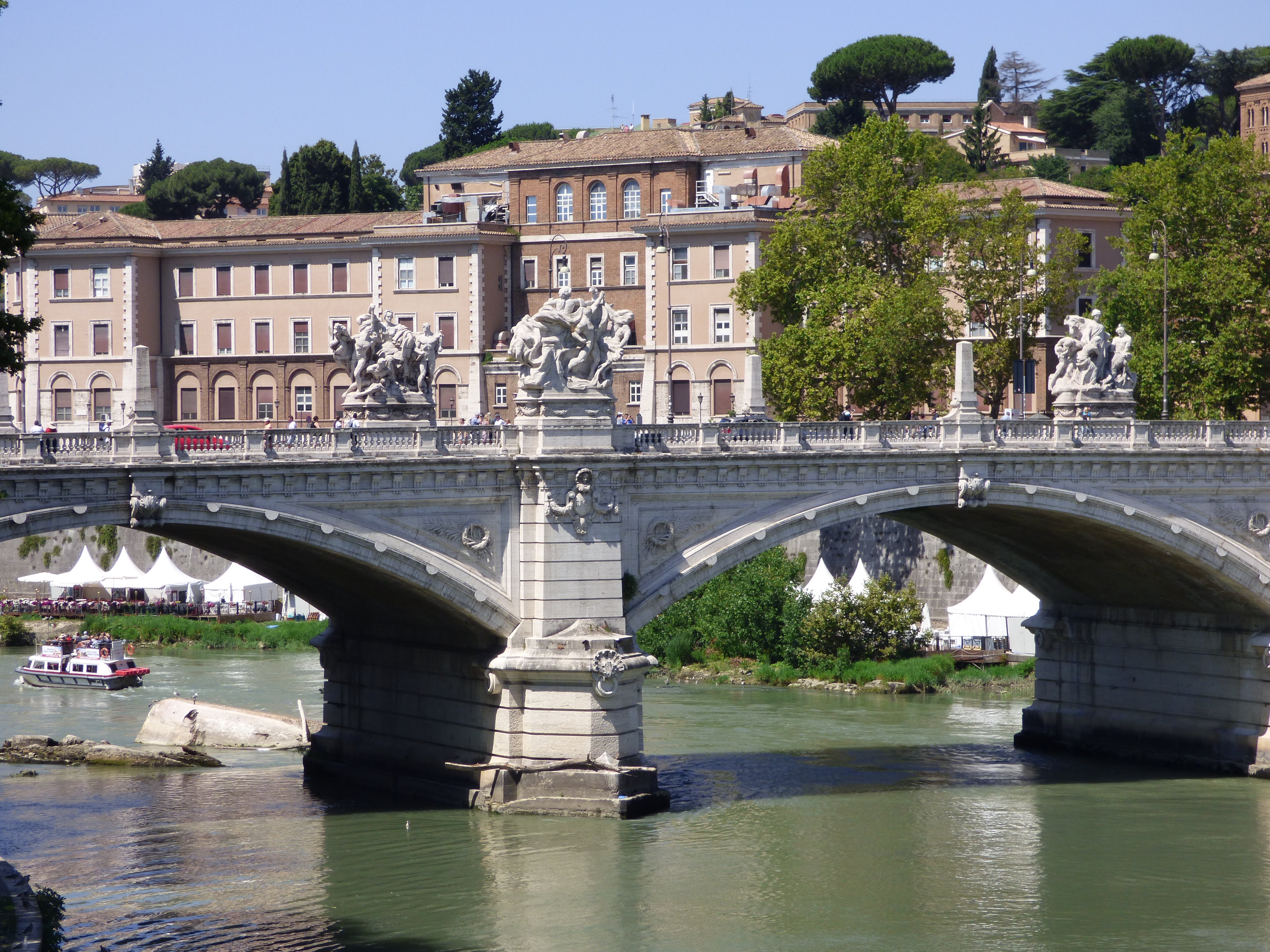 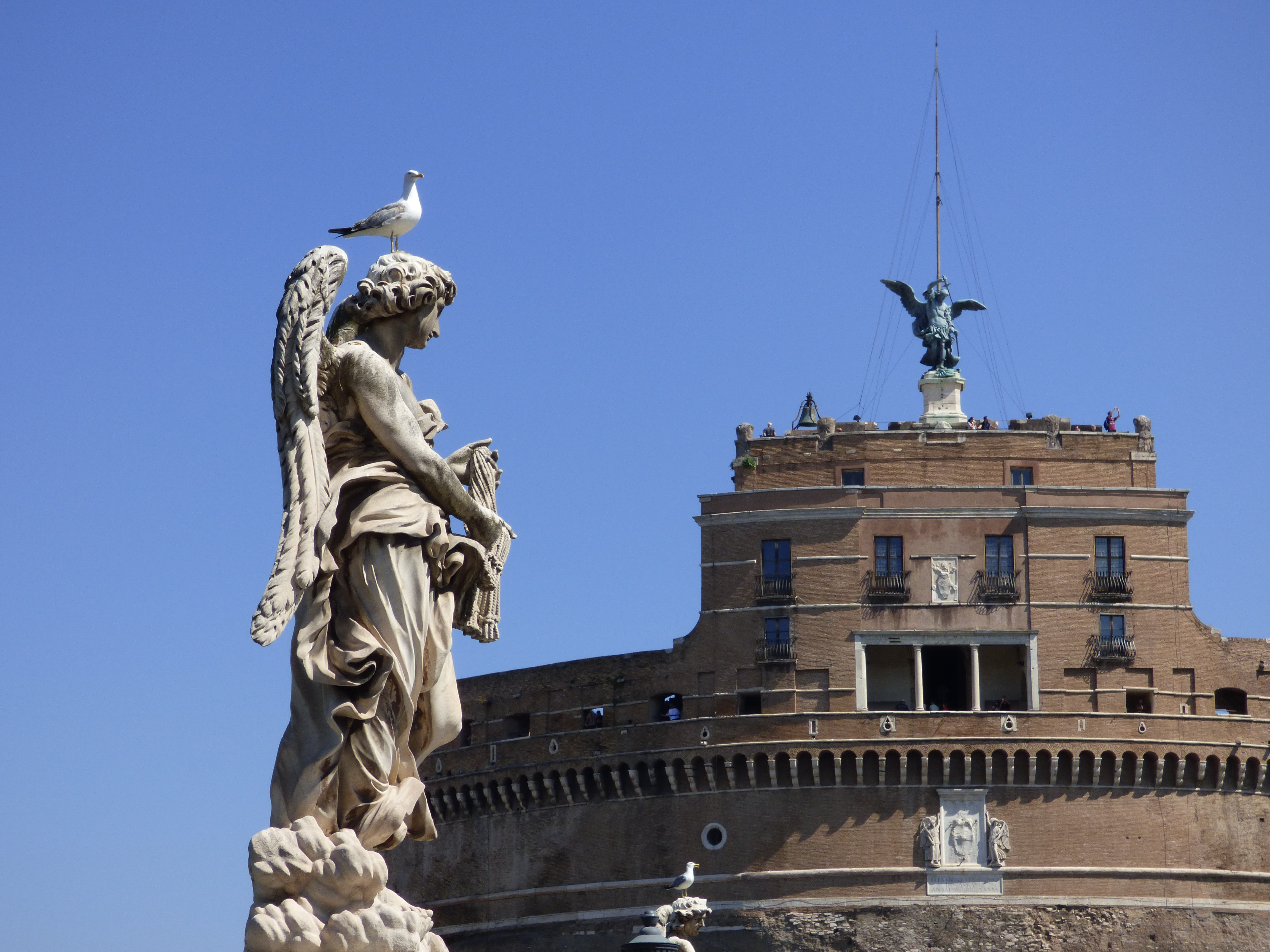