Good afternoon, everybody! I haven’t actually been sleeping until just now, but I’ve really hit the ground running and been all over the place already today (especially exciting was the visit to the chiropractor that I’ve needed since at least last Wednesday!). So here it goes: the final tour blog post of the 2018 tour!

We woke up after a refreshing night’s sleep and headed over to our group breakfast spot, passing by the lovely lake full of fish, turtles, and swans. It was another good breakfast, consistent with what we’d been eating at our previous hotels: eggs, bacon, bread, cold cuts, cheese, coffee, juices, and a very welcomed addition–FRESH FRUIT! There was much rejoicing, as fresh fruit seems to be fairly rare to come by in Italy. After breakfast, we all piled onto the buses and made the (nearly one-hour due to traffic) commute into central Milan.

We were dropped off right in front of the world-famous Scala Opera House, which was (surprisingly) unspectacular to see from the outside. To be honest, it was kind of a letdown; it looked like any other ordinary building in the city. Fortunately for us, the Victor Emmanuel II Galleria and the Duomo more than made up for our disappointment. The Galleria, considered to be the world’s first shopping mall, was an amazing structure with steel lattices, glass ceilings, and an impressive dome, is home to world-famous boutique shops (including the first-ever Prada store, Versace, etc). With our mouths agape at the beautiful sights, we passed through and were met with an even more beautiful sight: The Duomo. The 4th largest church in the world (or 3rd largest, if you’re only considering Catholic churches [or 5th largest, if you do independent research and don’t trust your tour guide]), the front facade of the church was decorated with 2,200 individual statues of religious figures. In total (if you include the statues INSIDE), there are 3,400 statues, 135 gargoyles and 700 figures. The craftsmanship was amazing to see, with the white marble newly cleaned. I was surprised at how white it was–most pictures I had seen depicted it in its dirty grey condition. Lucky us, to see it so clean!

After passing through the security checkpoint and admiring the soldiers’ lovely feathered caps, we went inside and were blown away by all we saw. The stained glass windows were particularly impressive, as they all consisted of hundreds of individual scenes from the Bible that came together to form a huge tapestry of color. Of particular import was a little red light above the altar that showed where the builders of the church put a nail used in the crucifixion of Jesus to keep it safe. Brought back from Jerusalem, the Holy Nail sees the light of day every year in a ceremony where the archbishop ascends to the roof of the church in a little wooden elevator! We also saw the church’s sundial, and a particularly grotesque/fascinating statue of St. Bartholomew–skinned alive when he was martyred, he is depicted as wearing his skin draped over himself like a stole. It was also very neat to see a 1:1 replica of the statue that tops the churches tallest spire, the Madonnina.

Once we left the church, we headed back to the Galleria to learn some more history of the building and go for a few spins on our heels on the bull’s private part (ask your girls about this–it’s a weird tradition) for good luck. We then wandered over to the Sforza Castle, a beautiful Renaissance structure that now houses some museums (they weren’t open, since we visited on a Monday). Once we were done with the walking tour, we had around three hours to eat lunch and to go SHOPPING IN MILAN! And shop we did! Holy moly, I’m not that much of a shopper, but even I was struck by how amazing the clothing stores were in the “fashion capital of the world”. Even with three hours, we didn’t have enough time. My personal favorite was the Versace store, where I opted not to buy the $800 dollar shoes (but I really wanted them!). Instead, I bought a beautiful scarf for my wife with the help of some of the girls (she loves it, by the way!).

Having shopped till we dropped, we then walked to meet our bus and pick up our concert attire, then headed over to the Sant’Antonio Abate Church: a lovely “little” church in one of the side streets of Milan. Ornately decorated with all sorts of paintings and frescoes on the walls and ceilings, we were struck by the beauty of yet another amazing space in which to sing. We had a fairy chill rehearsal (we were all verrrry tired and emotional, seeing as it was the last day of tour), and then walked over to our final dinner of the trip. After dinner, the chaperones gifted all of the girls with necklaces made by a local street artist (he made 60 necklaces during our one-hour rehearsal!), and then we walked back to the church for our final concert of the tour. It was very well attended and received, and despite a few tears from the girls and their accompanist, we rocked the house. After words, I could only boast, “We came, we saw, we conquered!” And it was the truth.

We made our way back to the hotel, packed up our things, and then went to bed early so that we’d (hopefully) be able to make the extra-early bus loading and group breakfast time (6:10!). Having eaten breakfast, we drove to the airport, checked in, made it through security, took the bus from the terminal to the airport, and flew back home. The rest, as they say, is history.

So that’s it. We had an amazing time, and I’m sure that the girls will joke about how hot it was for years to come. But, truly, it was an amazing experience.

Until next year (wherever that may be), arrivederci! 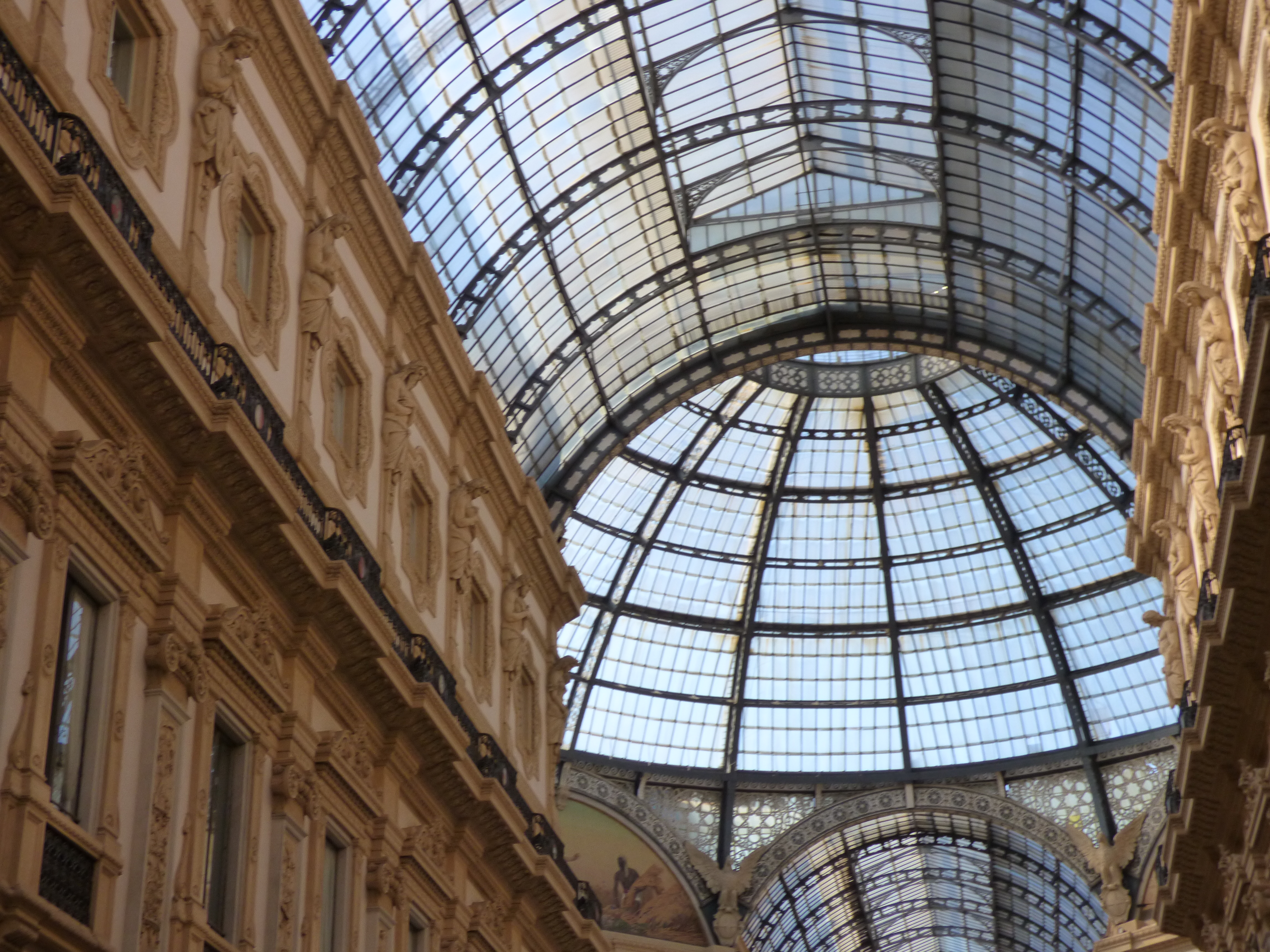 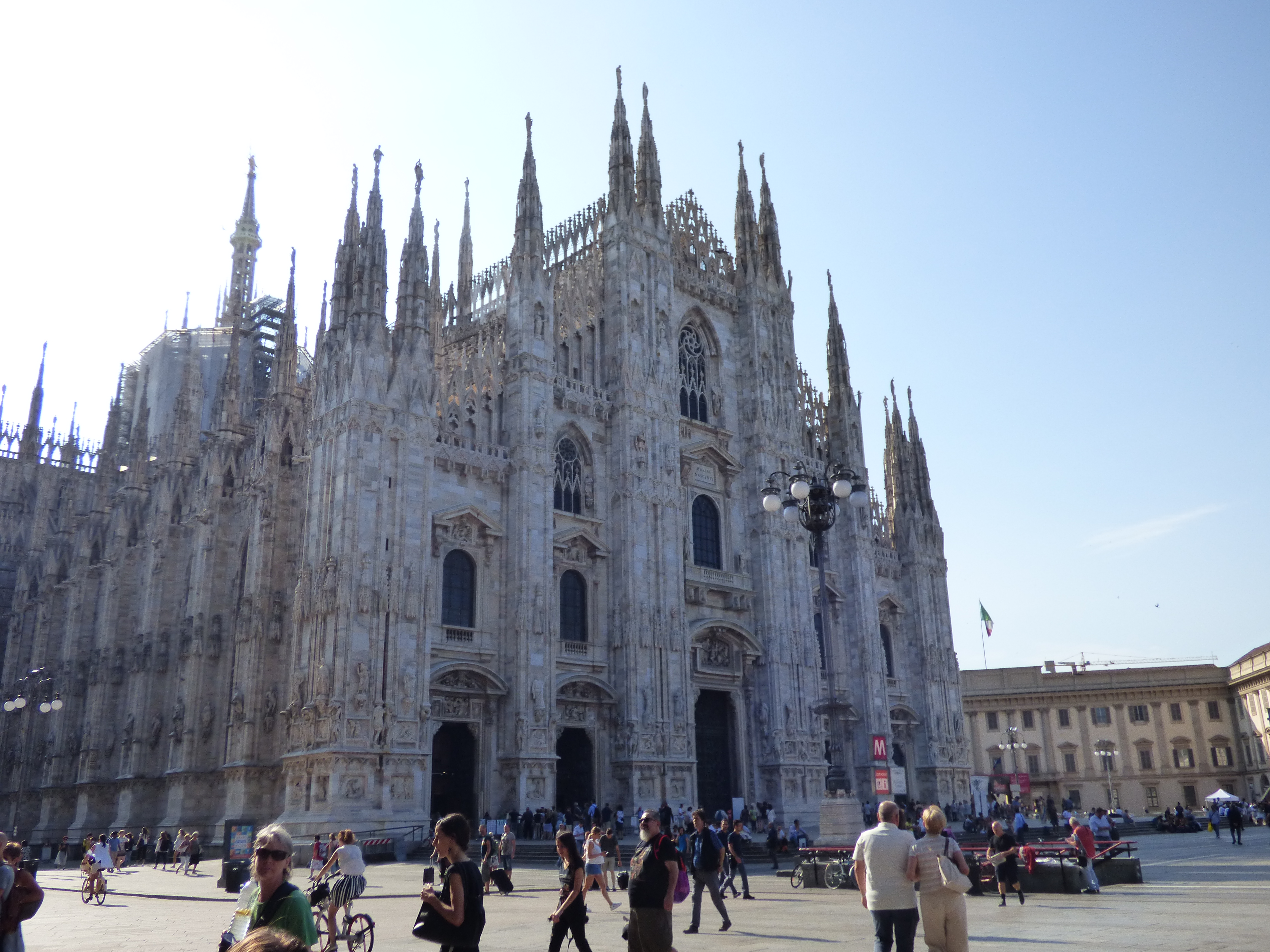 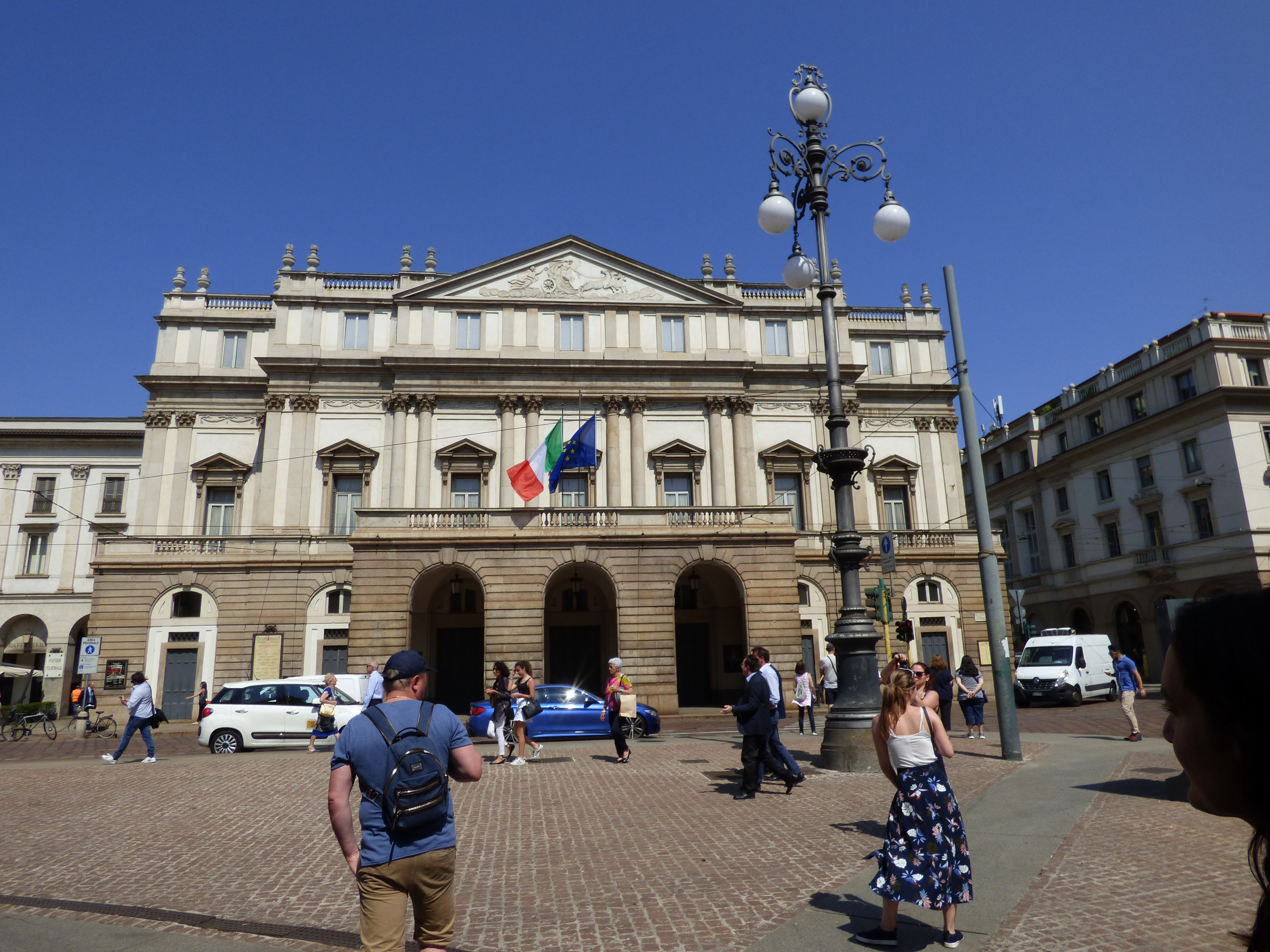 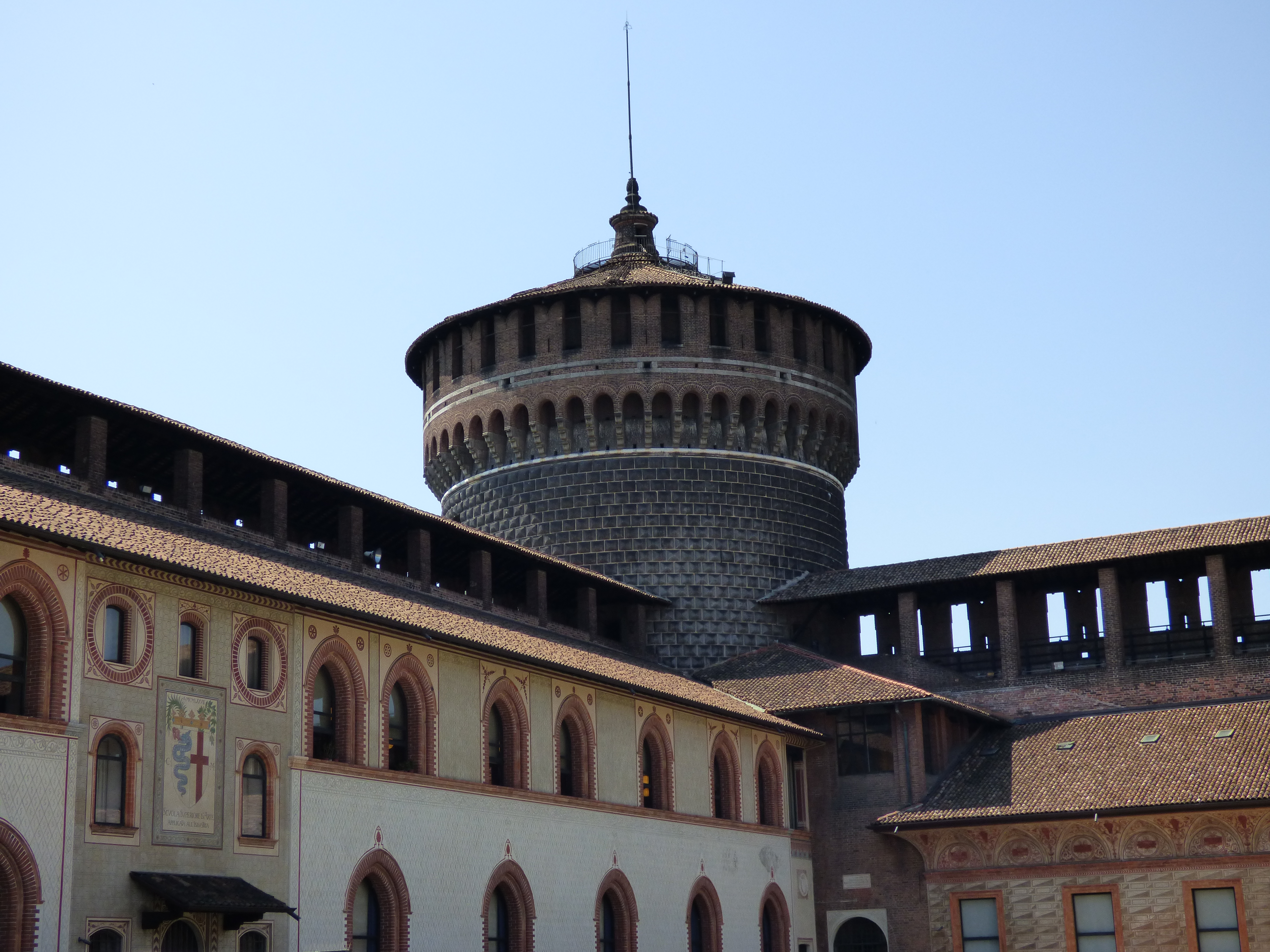 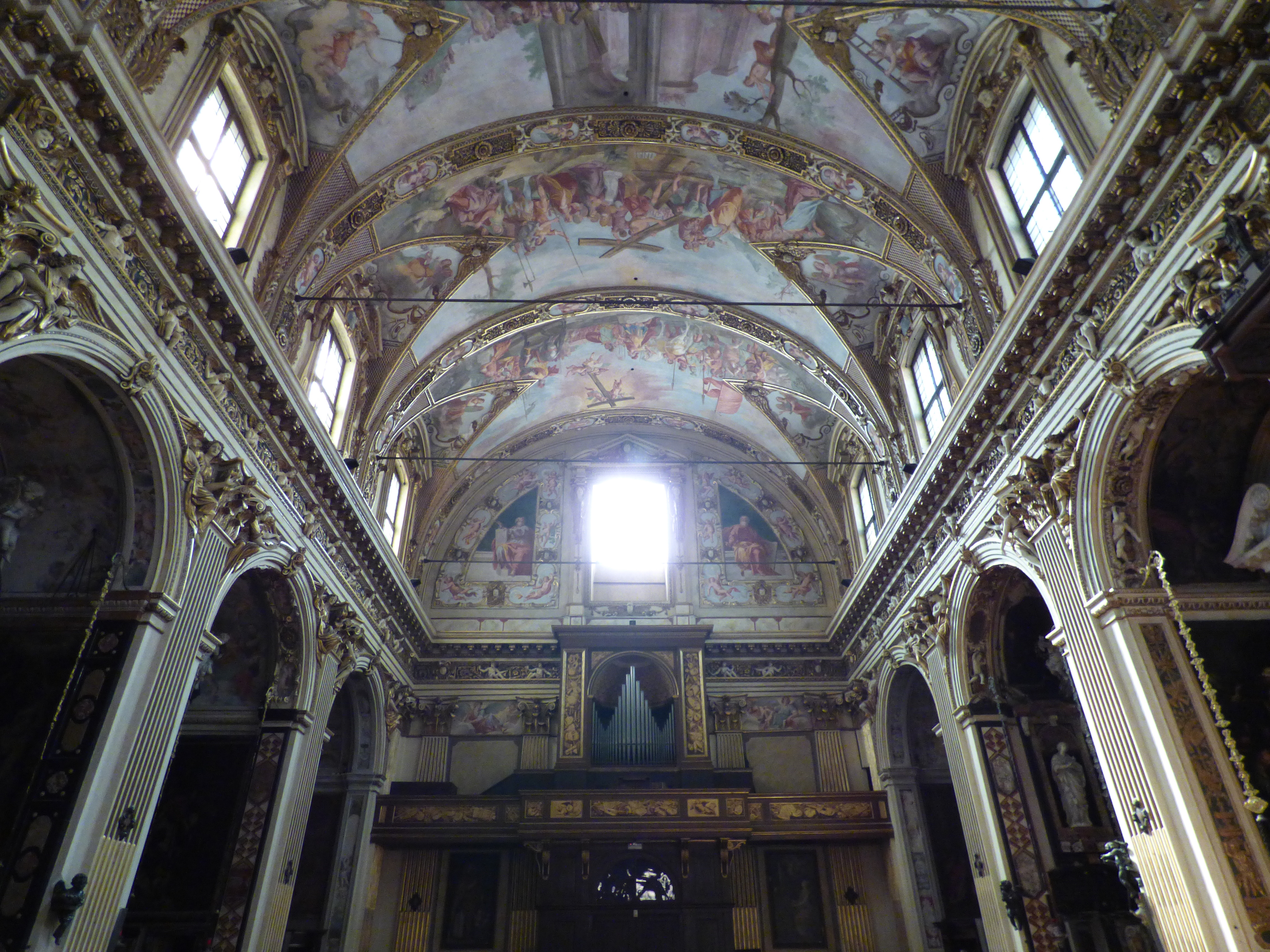