Once again, I’ll be adding photos later due to some time constraints this morning.

Yesterday started out with another breakfast at the hotel, supplemented by our own yogurt and cheese for some protein. I once again opted for a breakfast at Mother’s, even though the “Early Bird” special turns out to only be a Monday through Friday thing. Oh well–$11 for all of that food beats the $14 coffee at the hotel.

We all managed to fit in one streetcar (and we met a lovely gentleman whose life story was apparently stolen by Disney after he was kidnapped to keep him quiet–thanks for picking up one of our girls’ left-behind phones, though!) and made our way over to the very beautiful Garden District of New Orleans. Because we had left early in anticipation of some potential problems fitting all of our girls in one streetcar, we had some extra time to indulge in some ACTUAL coffee at a cute little cafe while we waited for our tour guides to arrive. We then split into our two groups from our French Quarter tour and headed into the Lafayette Cemetery #1. Honestly, it was more fascinating than creepy, despite the knowledge that there were so many people’s remains entombed all around us. Be sure to ask the girls about how get all of the bodies in the tombs, what happens when you put the bodies in a tomb in New Orleans and let them sit in there, and WHY they decided to put the bodies in above-ground tombs in New Orleans. We saw many interesting tombs and decorations of tombs, including a fire engine and what once was a charming little lamb but now looks like a lamb that would mug you in a back alleyway. We also took the opportunity to learn about New Kids on the Block, much to the delight of Ms. Butler and myself–for some reason, they filmed one of there music videos in this particular cemetery. By the end of the tour, one of the girls in our group decided that all of us at PGC should be entombed together in a NOLA cemetery, and it was pretty unanimous amongst the rest of the group that it was a great idea. It was less morbid-sounding if you were there–cute, even. Trust me on this one.

After that, we headed into the residential neighborhoods and saw all sorts of amazing architecture, flowers, trees–generally just a lot of pretty things that made us say “ooh” and “aah” and “I want to live here”. We did a little bit of celebrity stalking (we stopped by Sandra Bullock’s house, John Goodman’s house, Archie Manning’s place [which has the nicest sidewalks in the whole neighborhood–ask the girls if they know why], and Nic Cage’s old house (which, appropriately, has a gazebo out front that looks like a cage). We stopped by a mansion that features in American Horror Story (I think?), where the girls excitedly posed for pictures. I also helped to reenact a scene from “Freak Show”, Season 4, Episode 2, where our tour guide is murdered by having his neck snapped (like, the actual guy who did our tour was murdered in the show). He said I was very gentle, so I didn’t feel to bad about the whole situation. As my group walked back to meet with the other group, we caught a couple of lizards and tried to get them to bite and hang from my ear (apparently, this is a thing that cool kids do in NOLA), but they weren’t having any of it. Oh well.

After getting back on the streetcar and serenading a lovely lady for her 50th birthday, we headed to Mulate’s for a delicious lunch. The girls then headed back to the hotel for another marathon rehearsal while I went on another solo adventure in the French Quarter, picking up some rare Elton John records at a local record store and attempting to get into another cemetery–too bad this one costed $20 to get into. It’s alright, though–because I managed to find one of the Louis Armstrong statues that our French Quarter tour guide called “one of the most hideous pieces of public art I’ve ever seen”. At least I HOPE that was the one he was talking about, because it scares me to think there might be something more horrifying lurking in the streets of New Orleans than what I saw.

After a short break, we then had a solo rehearsal/group therapy session (I’ll leave it at that–I’m sure the girls have stories to share) where we had to quickly change our plan for this evening’s solo performance at the gala concert. The good news is, we are an awesome group of young ladies who roll with the punches and will rock it out tonight, no doubt! We then made our way over to the Chicory where we wined (or lemonade-ed, if I’m being honest), dined, and danced the night away with 400 of our closest friends. If you’re not friends with me on Facebook, I’ll be accepting friend requests if you have any interest in seeing an epic video Ms. Bulter, Dr. Jenkins, Ms. Shennick, Ms. Wan, and R-Dawg rocking out to some Whitney Houston. We all had a lot of fun, but were slightly disappointed when it ended promptly at 9PM. [overheard during the last song (“Don’t Stop Believing”): “What? This is, like, a 9:30PM song! Why are they playing it NOW?!”] After the lights came on and the majority of the crowd had dispersed, we made our way down the stairs and back to our hotel, in time for our 10PM curfew.

So that’s all for yesterday. Until tomorrow, have a good one! 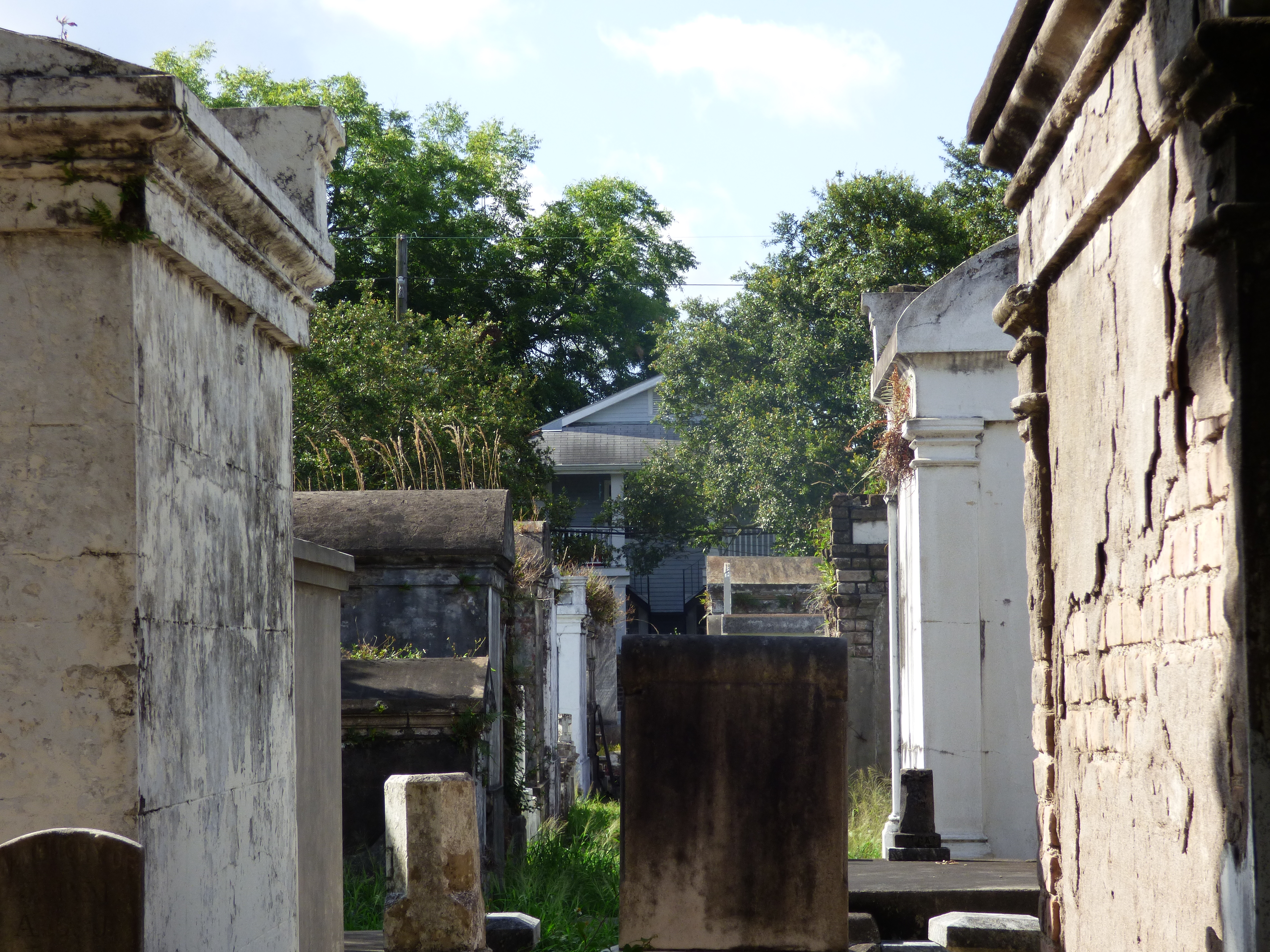 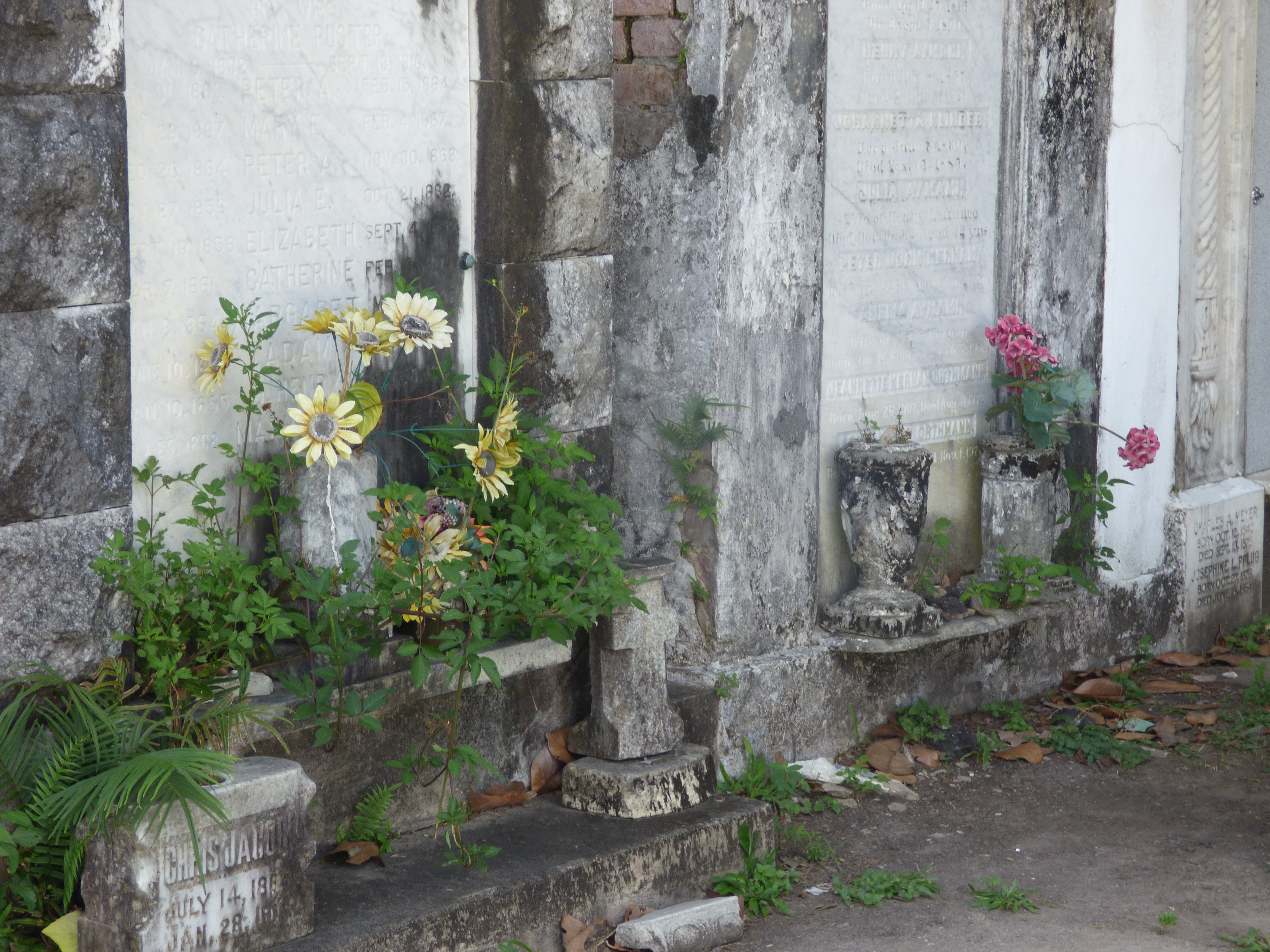 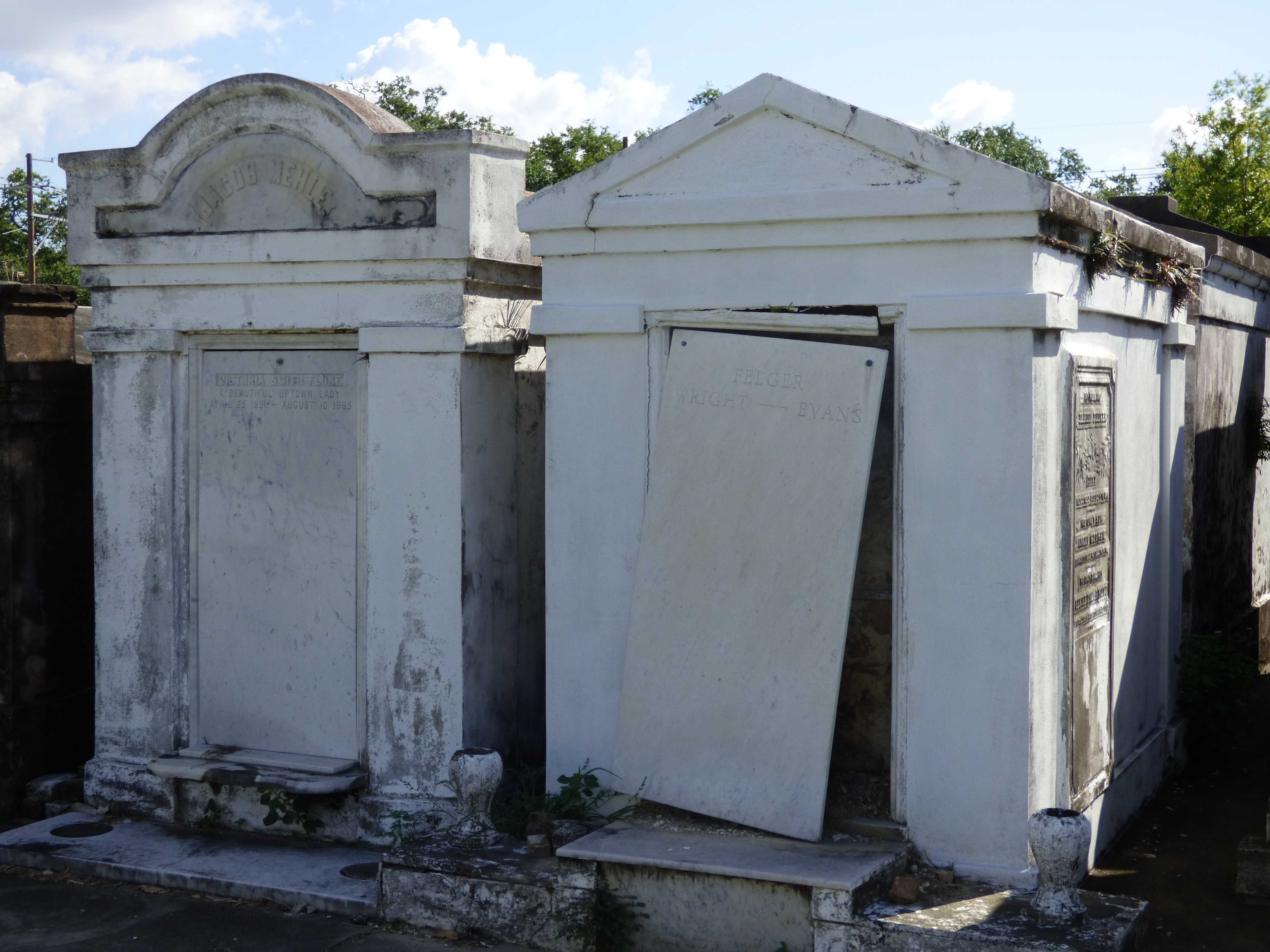 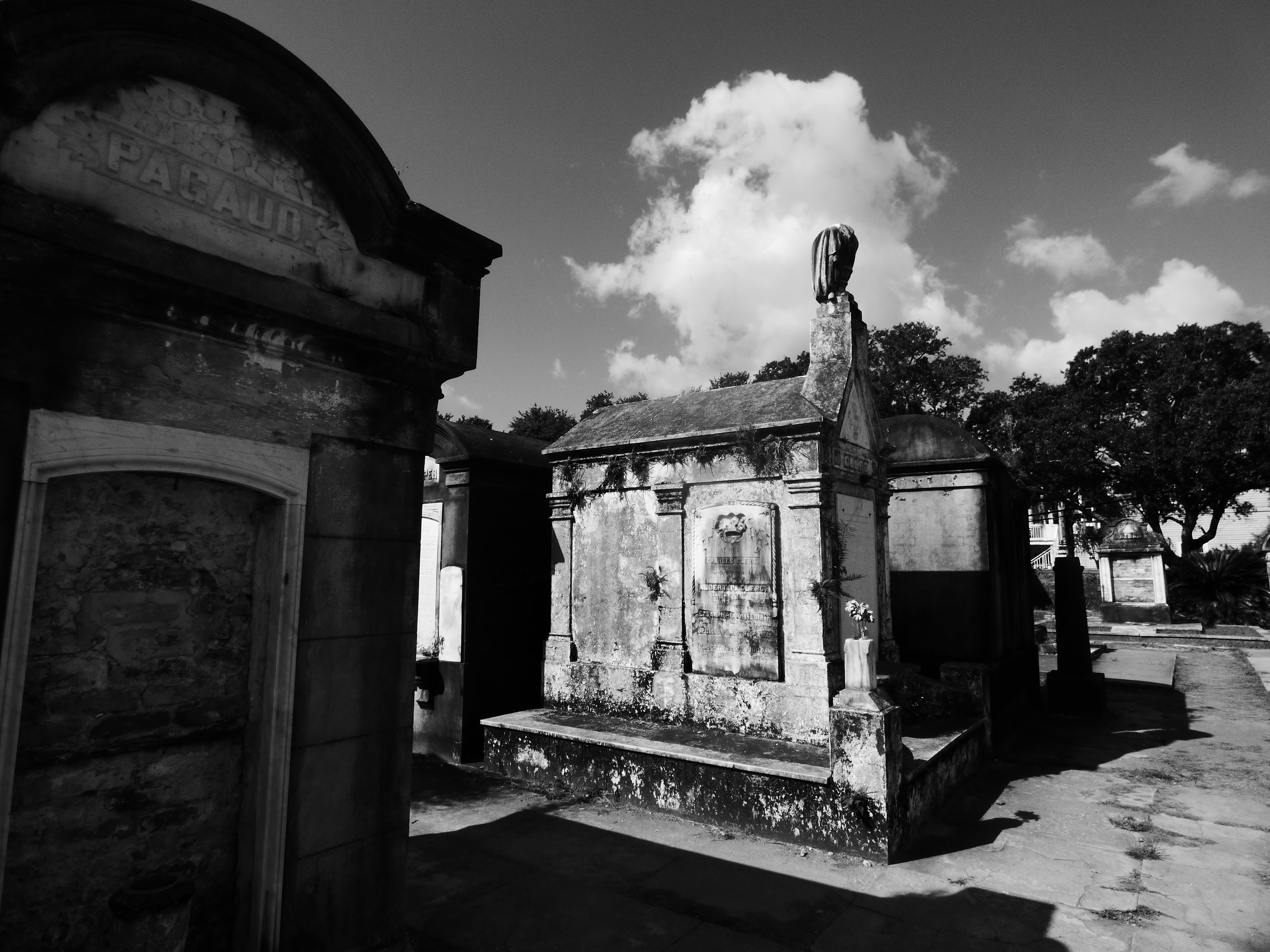 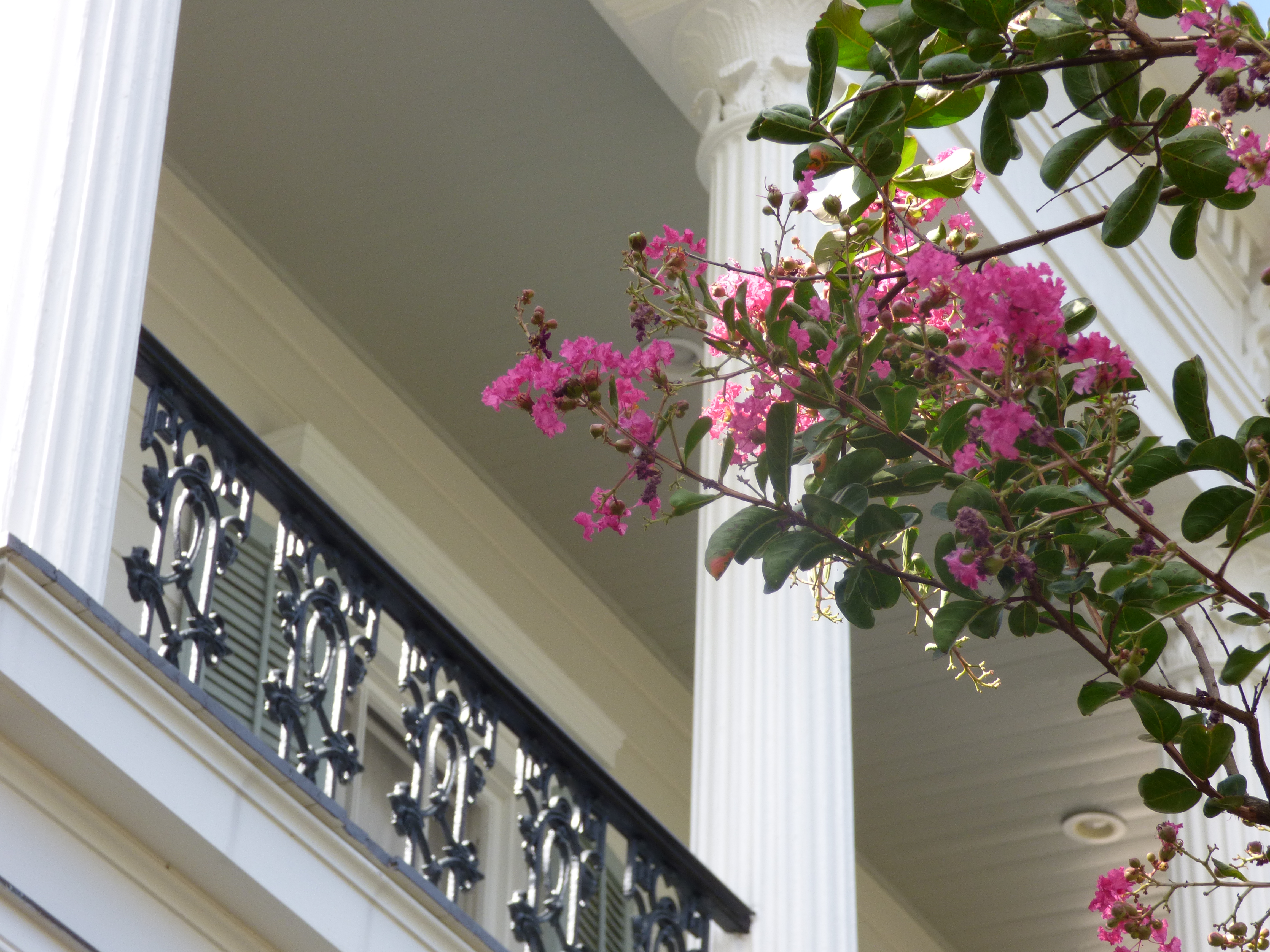 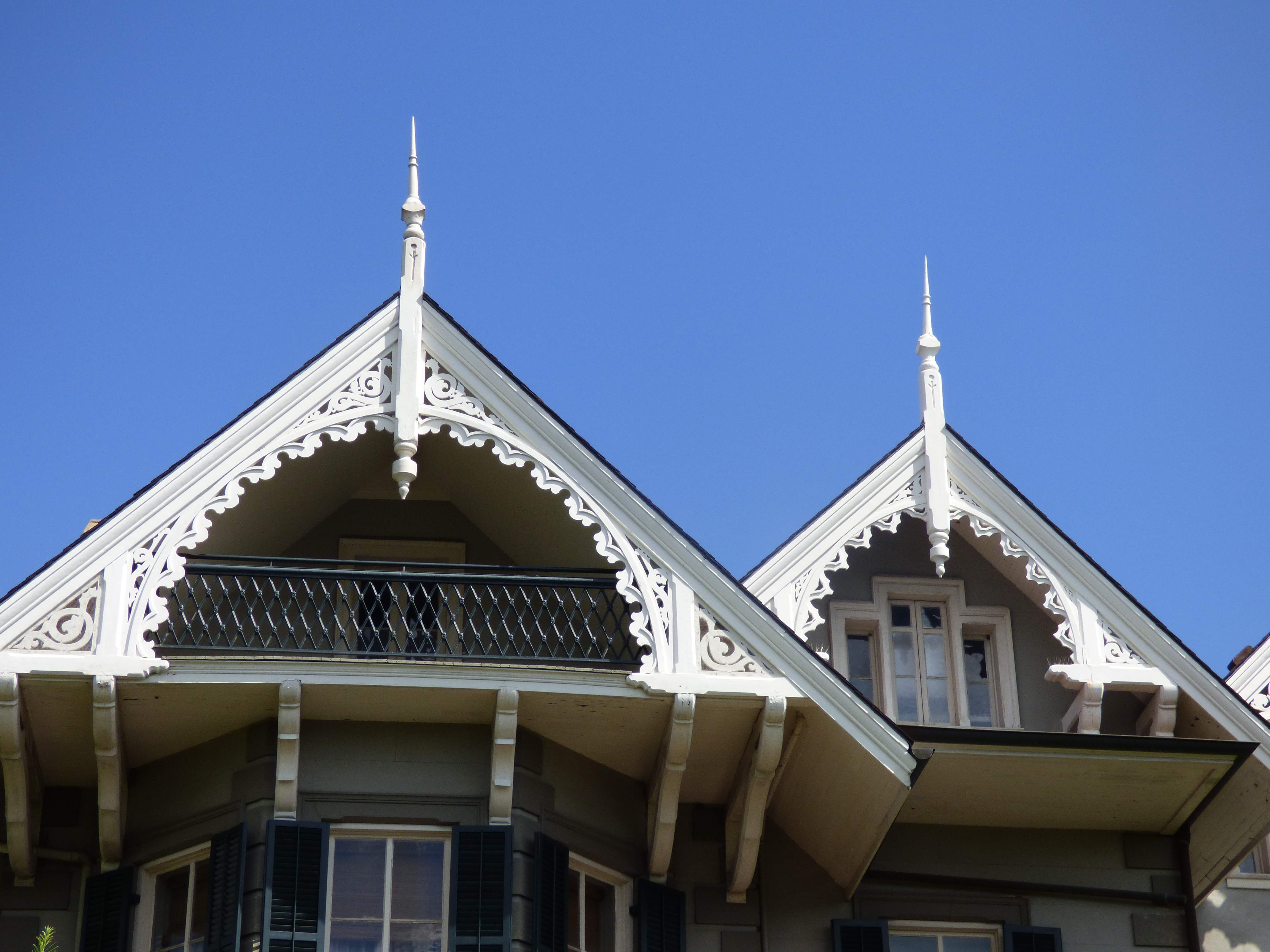 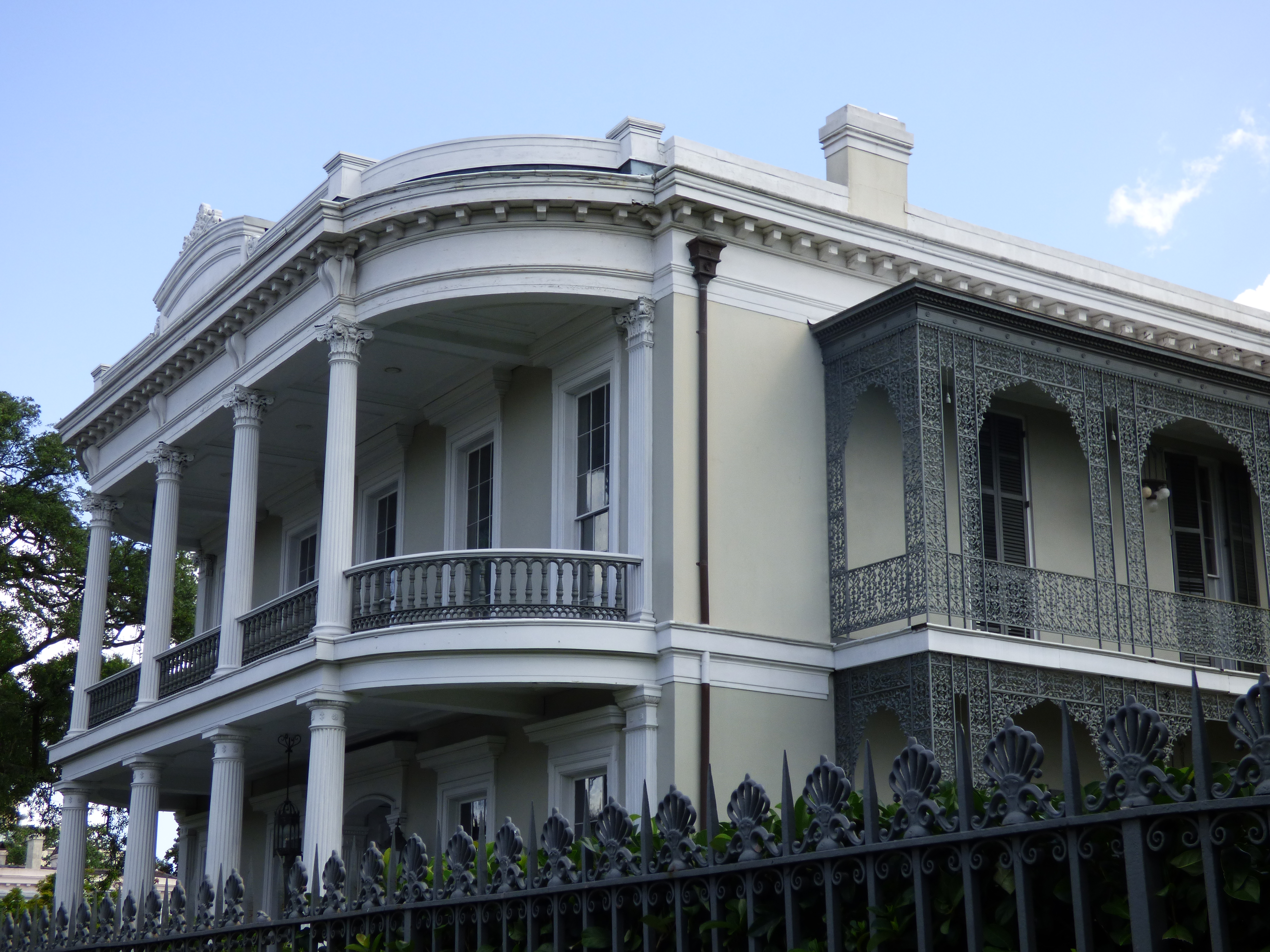 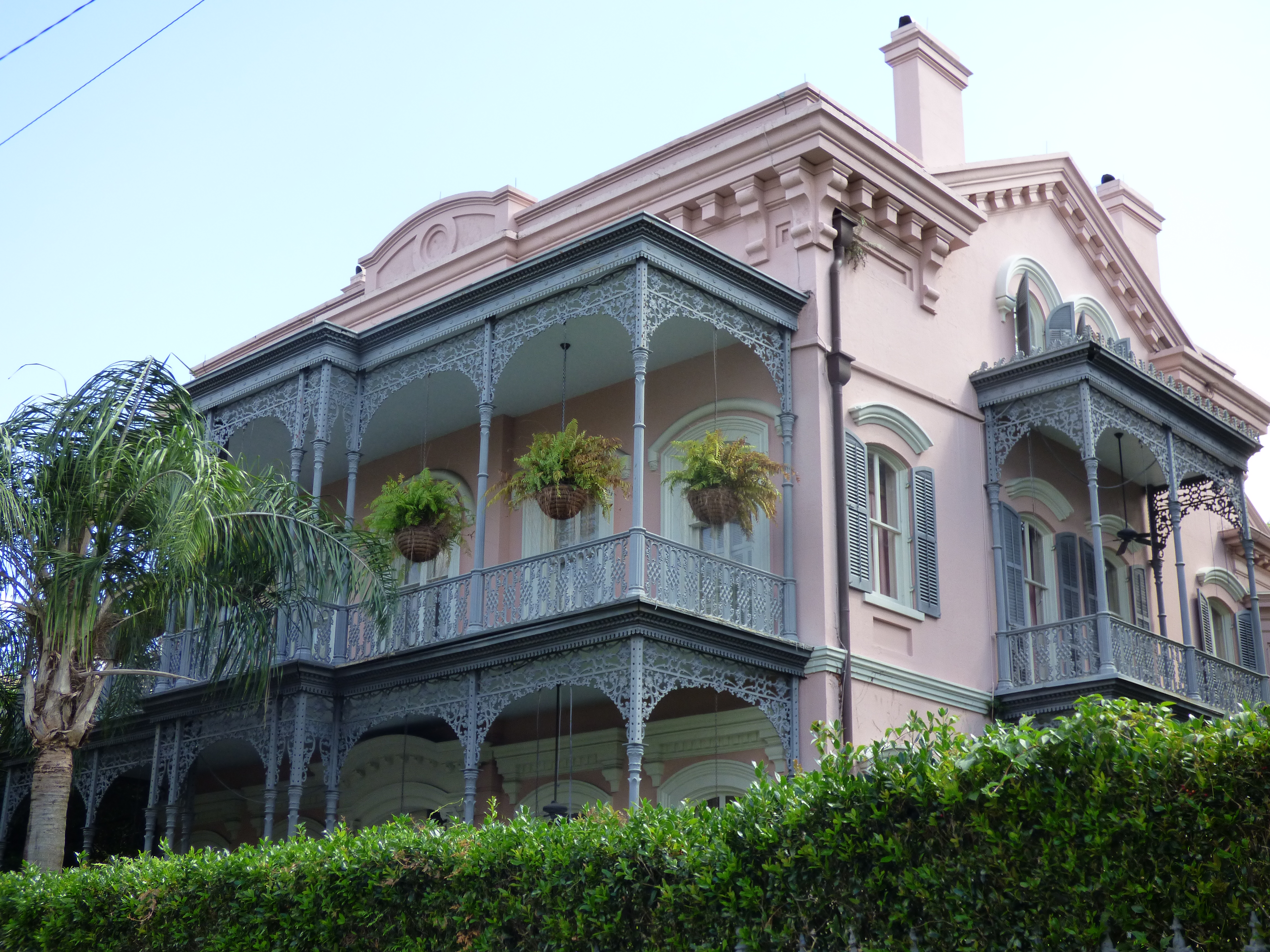 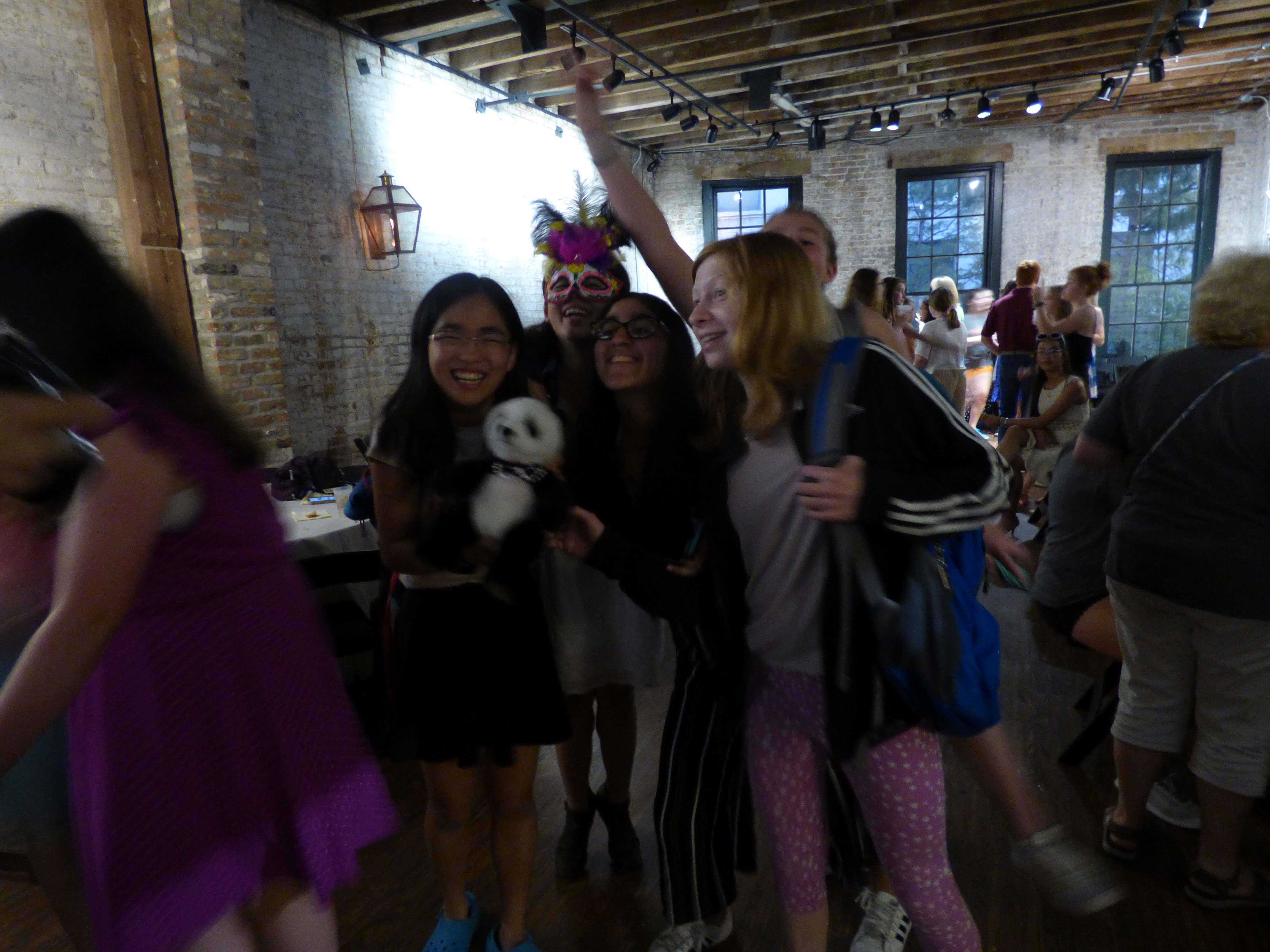 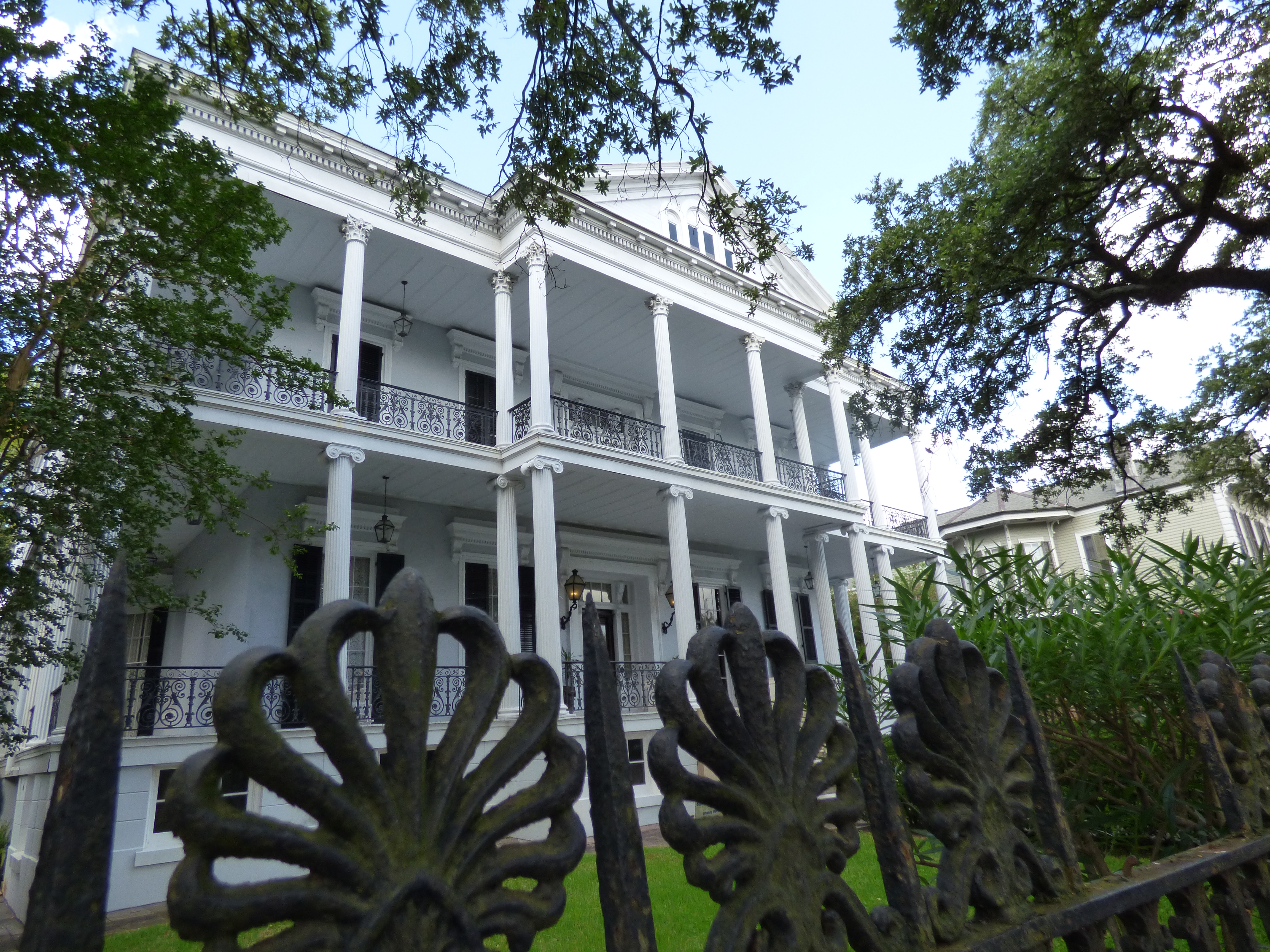 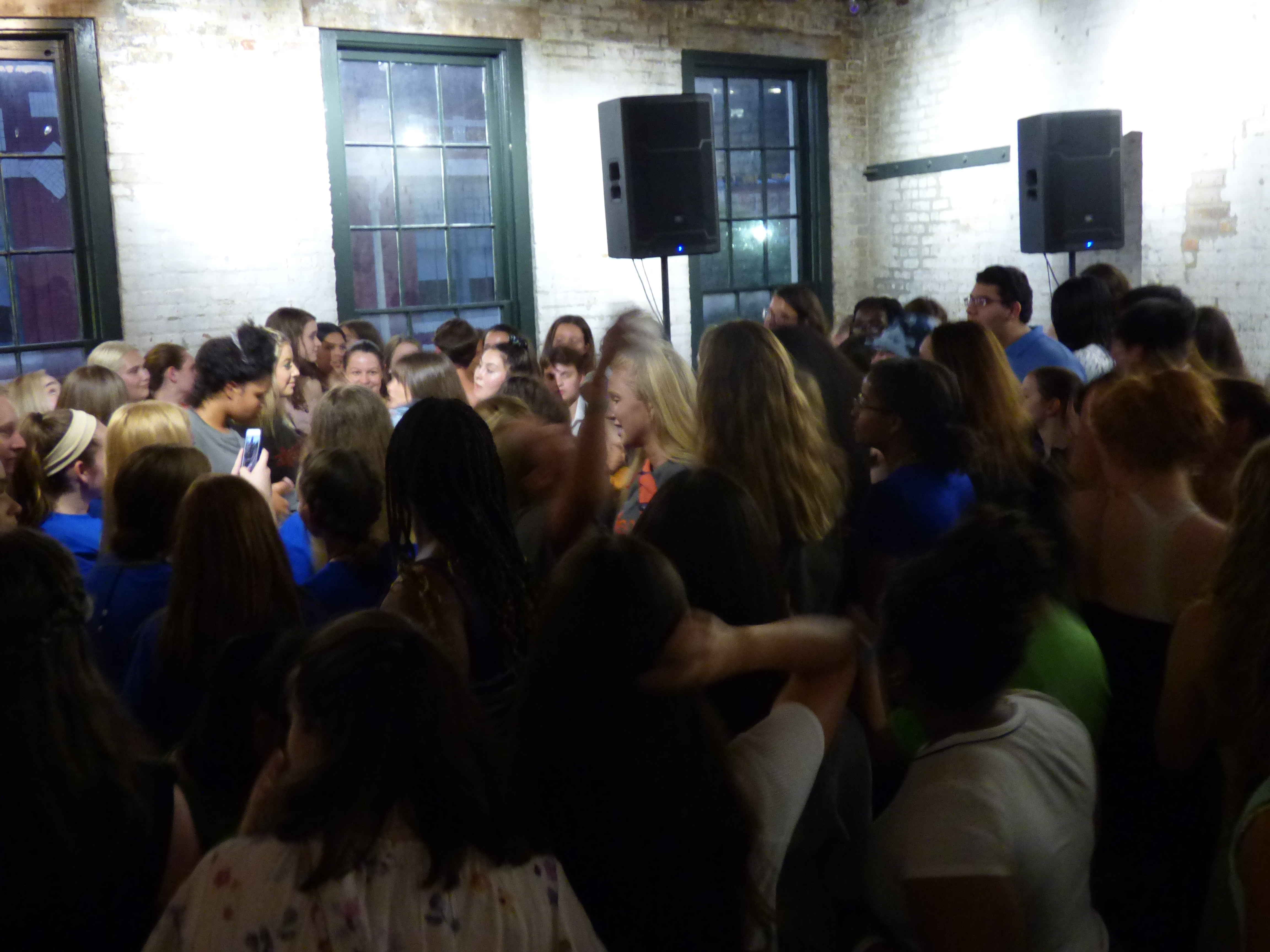