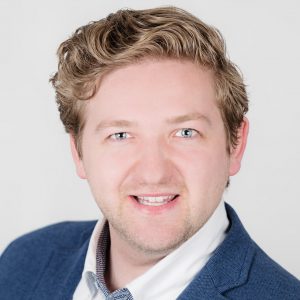 Praised for his verve and adroit collaborative piano playing by the Charleston City Paper, Tyler Weakland is a vocal coach, conductor, composer, and pianist. He accompanies voice students at Mannes School of Music of the New School in New York City. He received his Bachelor of Music degree in Sacred Music with concentrations in piano and voice from Westminster Choir College, where he studied with Steve Pilkington, J.J. Penna, Ingrid Clarfield, and Kathy Price. An experienced choral accompanist, Mr. Weakland has worked extensively with the choirs of Westminster Choir College, performing at Carnegie Hall, David Geffen Hall at Lincoln Center, and the Kimmel Center. He’s worked closely with James Jordan, Joe Miller, Amanda Quist, Charles Bruffy, Weston Noble, Dalton Baldwin, Benita Valente, Sharon Sweet, and Laquita Mitchell. Recent conducting and orchestrating credits include a Disney TV pilot for Hulu, and his compositions and arrangements have been heard across the country, specifically his new art songs. Mr. Weakland has conducted choirs in Vienna, and Oxford as part of the Choral Music Institute where he studied the boychoir tradition in churches of the United Kingdom. While a member of the renowned Westminster Choir, Mr. Weakland enjoyed several residencies at the Spoleto Festival USA and was a member of the Spoleto Festival Orchestra. In addition to working with the Princeton Boychoir, he currently serves as the Handbell and Children’s Choir Director at Christ Church United Methodist on 60th and Park Avenue in NYC.