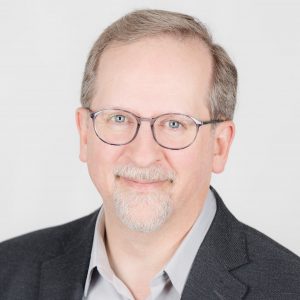 Mr. Meads has been director of choirs in public and private schools, churches and at the collegiate level for the past twenty-five years. From 1999–2009, he was Artistic Director of the Fort Wayne Children’s Choir in Fort Wayne, IN, where he led the group on national and international tours, prepared the choir for annual symphonic engagements, and commissioned works from diverse and renowned composers. Mr. Meads has been invited to conduct various honor choirs and all-state choirs in Wyoming, Georgia, Indiana, North Carolina, New Jersey, New York, Virginia, Nebraska, Ohio and Oklahoma. In 2017 and 2011 he led the Organization of Kodály Educators National Children’s Honor Choirs. In 2014, he conducted the Northwest ACDA Division Children’s Honor Choir in Seattle. Internationally, he traveled to Hong Kong to present choral workshops for music educators and the Yip Children’s Choir. Mr. Meads has also presented workshops for the Indiana Music Educators Association, ACDA, OAKE and Westminster Choir College. He has served on the boards of both the Indiana Choral Directors Association and the New Jersey Choral Directors Association.

Mr. Meads received the Bachelor of Music degree in Music Education from Ithaca College, NY and the Master of Music degree in Choral Conducting from the University of North Carolina at Greensboro. He completed his Kodály training at Capital University in Columbus, OH where he was a scholarship recipient. He was selected as a participant in master classes for Chorus America and the Toronto Children’s Chorus and was a recipient of the Excellence in Arts Award when living in Fort Wayne, IN.

Fred Meads is enjoying his twelfth year on the staff of Westrick Music Academy. He first served as an accompanist for Semi-Tones.